June 8, 2017 - Inconnu, inconnu - 07/06/2017 - A patch could help improve sleep and even save lives by detecting a sleep disorder that usually requires hospital Sleep apnea is a serious condition that happens when a personâ€™s breathing in interrupted during sleep.Left untreated it sufferers stop breathing repeatedly , sometimes hundreds of times a night.This means the brain and the rest of the body may not get enough oxygen.It can lead to high blood pressure, a stroke, heart attack, diabetes depression and headaches.People who are suspected of having the condition are often sent for a sleep study known as polysomnography.This involves their spending the night sleeping at a clinic, with numerous electrodes hard-wired to their head. The new SomnaPatch is simple and â€“ according to the recently-released results of a study â€“ almost as accurate.Made by California-based Somnarus, the SomnaPatch weighs less than 28 grams / one ounce.It consists of a forehead-worn disposable adhesive patch connected to a nosepiece. It is worn while the patient sleeps in their own bed, and uses integrated sensors to measure and record factors such as nasal pressure, blood oxygen saturation, heart rate, respiratory effort, sleep duration and changes in body position.As part of its efforts to obtain US Food and Drug Administration approval, Somnarus conducted a study of the device at three US sleep clinics last year. This involved having 174 test subjects undergo standard polysomnography while also using the SomnaPatch.When the readings obtained by the two approaches were compared, they were found to be in agreement 87.4 percent of the time.Additionally, a separate home usability study found that 38 out of 39 users were able to use the device to record at least four hours of sleep, guided by nothing but the included instructions.A spokesman said:â€™ SomnaPatch records respiratory patterns, pulse oximetry data and estimates sleep time based on proprietary algorithms and 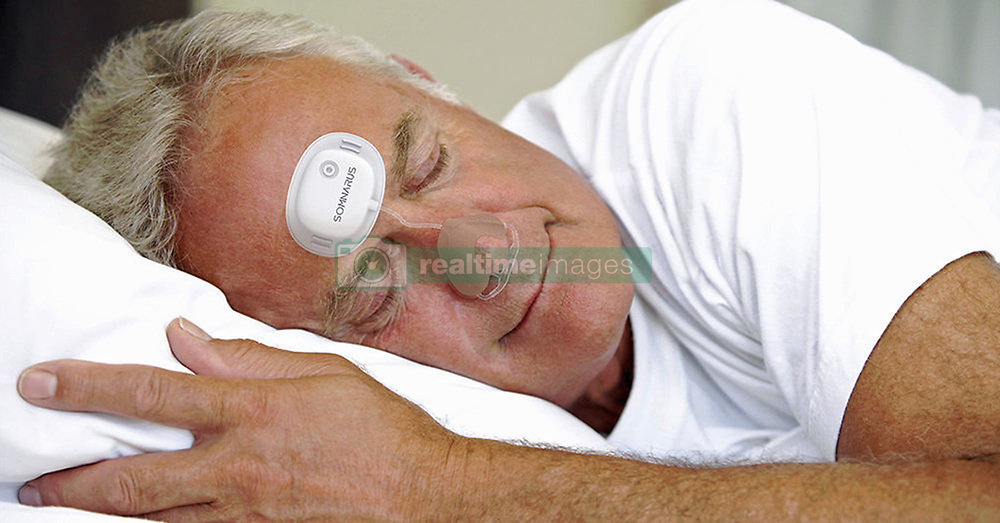