August 4, 2017 - Republic of Yakutia, Russia - August 4, 2017. - Russia, Yakutia. The pump station of the Mir underground mine of Russia's diamond producer Alrosa in the Siberian Republic of Yakutia has been inundated and 151 workers are being evacuated. The evacuation process was being hampered by a power outage since hoisting machines had stopped operating and two cargo cages were being used to evacuate. There have been no immediate reports of casualties. In picture: Mir underground mine. Photo: alrosa.ru (Credit Image: © Russian Look via ZUMA Wire) 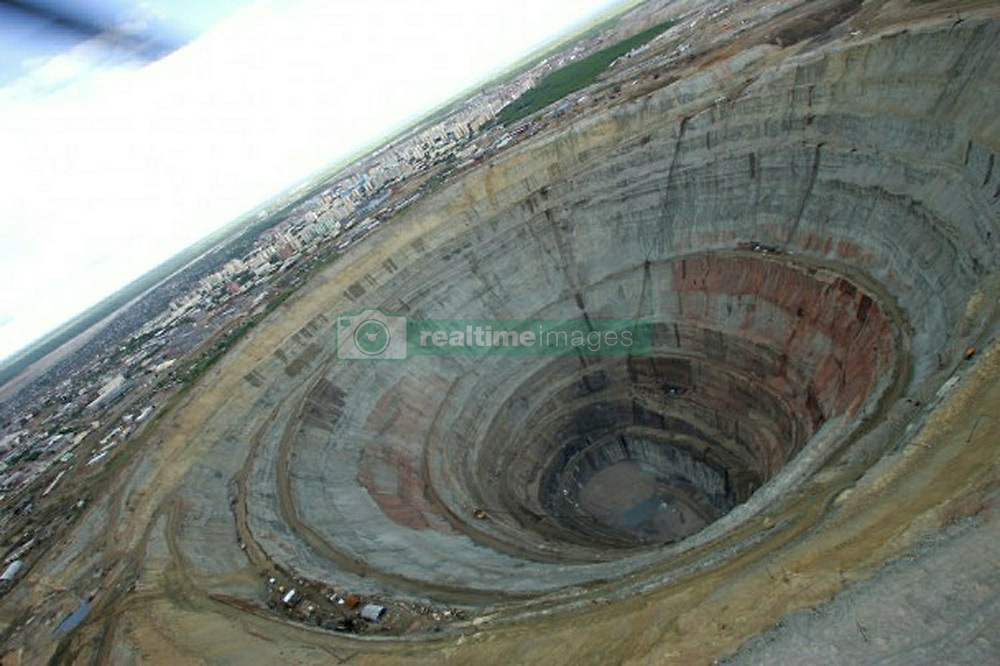