State of the Nation Address Protest in the Philippines

July 24, 2017 - Quezon City, Philippines - An eagle, which symbolizes the U.S. was burned near the House of Representatives in Quezon City. The protesters aired their dismay during President Duterte's second State of the Nation Address. The protesters also called for the end of Martial Law in Mindanao, and the end of drug related killings in the country. (Credit Image: © J Gerard Seguia via ZUMA Wire) 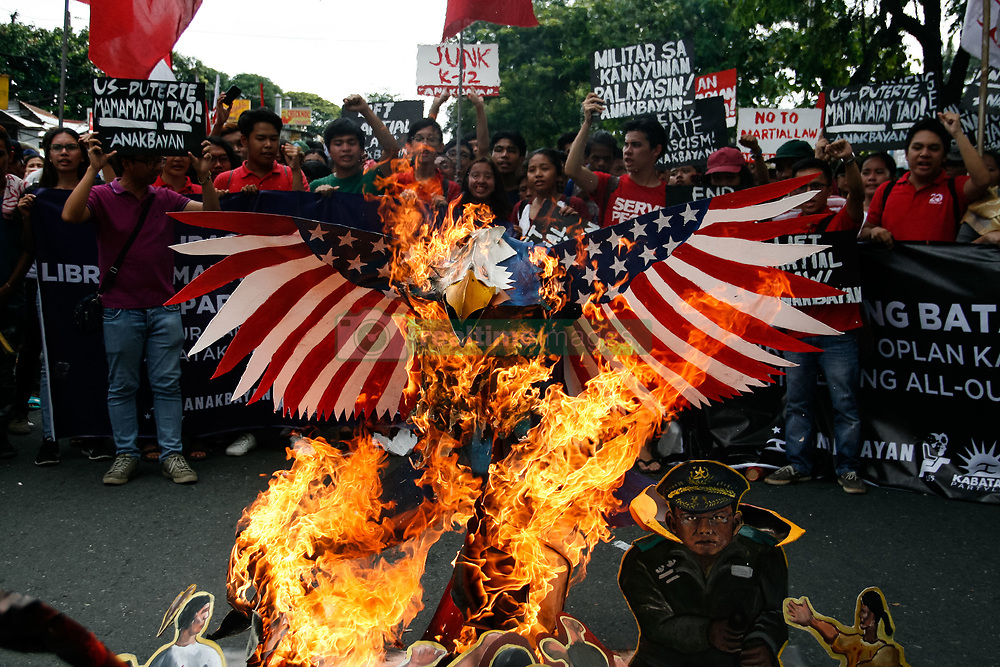