File photo - Newly elected FEI president Princess Haya Bint Al Hussein, wife of Dubai's ruler Sheikh Mohammed Bin Rashed Al Maktoum, attends the CSIO-La Baule Jumping in the French city of La Baule on May 5, 2006. It is her first public duty as president of the International Equestrian Federation, after she was elected on May 1st in Kuala Lumpur. The younger wife of the ruler of Dubai, the billionaire race horse owner Sheikh Mohammed bin Rashid al-Maktoum, is believed to be staying in a town house near Kensington Palace after fleeing her marriage. Princess Haya bint al-Hussein, 45, has not been seen in public for weeks. One half of one of the sporting worlds most celebrated couples, she failed to appear at Royal Ascot last month with her husband. Photo by Ammar Abd Rabbo/ABACAPRESS.COM 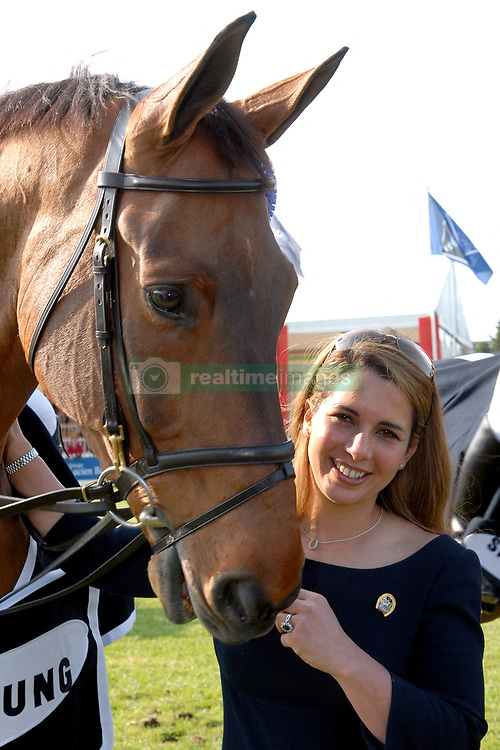