September 4, 2017 - Yekaterinburg, Russia - September 4, 2017. - A vehicle crashed into the entrance of 'Kosmos' cinema in the city of Yekaterinburg in Russia's Ural Federal District causing a huge blaze. The 39-year-old suspected driver Denis Murashov was the only one injured in the incident, he is being treated at a local hospital for burns. The Mayor of Yekaterinburg Evgeny Roizman wrote on Twitter that the man is mentally unstable and his motives are unclear. The authorities have launched an investigation into the case. Photo: e1.ru (Credit Image: © Russian Look via ZUMA Wire) 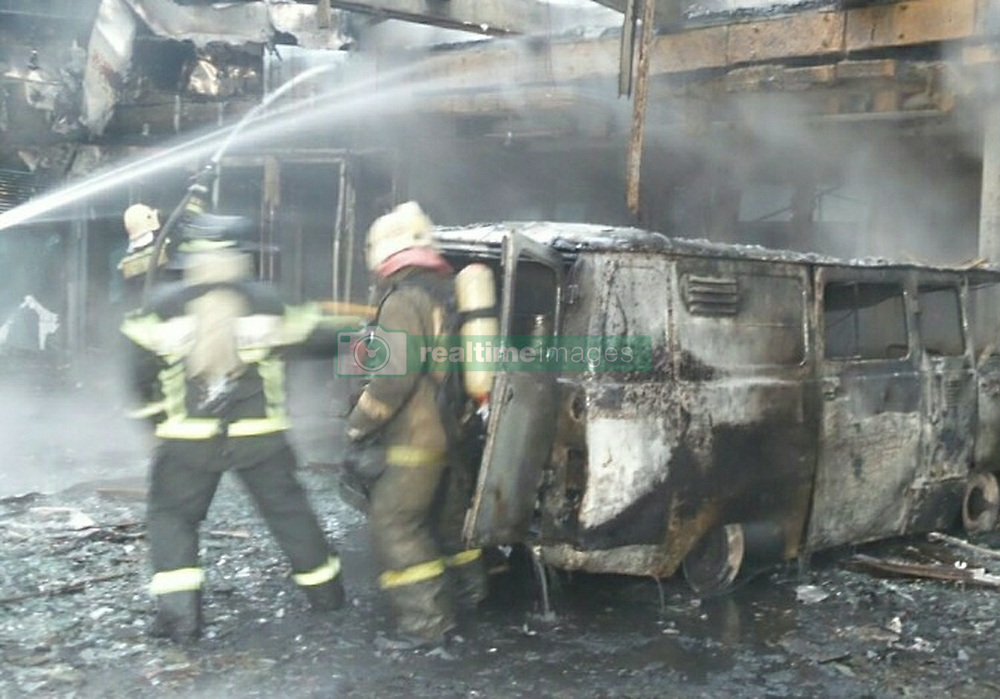