Aug. 24, 2011 - New York, United States - World Trade Center on 9/11 shortly after the second tower had collapsed. On the morning of September 11, 2001, nineteen al-Qaeda terrorists hijacked four commercial passenger jet airliners. The hijackers intentionally crashed two of the airliners into the Twin Towers of the World Trade Center in New York City, the 1st at 8:46 a.m., American Airlines Flight 11 was crashed into the World Trade Center's North Tower, followed by United Airlines Flight 175, which hit the South Tower at 9:03 a.m, killing everyone on board and many others working in the buildings. Both towers collapsed within two hours, destroying nearby buildings and damaging others. Among the 2,752 victims who died in the attacks on the World Trade Center were 343 firefighters and 60 police officers from New York City and the Port Authority. (Credit Image: Â© Visual/ZUMAPRESS.com) 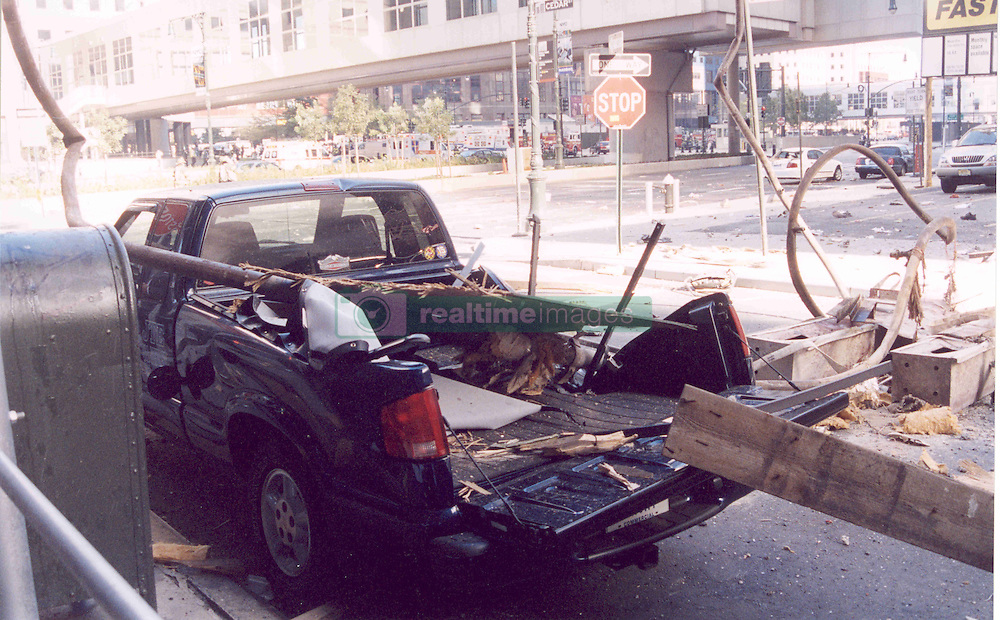