File photo - Dubai's Crown Prince Sheikh Mohammed Bin Rashed Al Maktoum marries Princess Haya of Jordan in Amman on 10th April 2004 in a small ceremony at Beit Al-Baraka, the house of King Abdallah II and Queen Rania. The younger wife of the ruler of Dubai, the billionaire race horse owner Sheikh Mohammed bin Rashid al-Maktoum, is believed to be staying in a town house near Kensington Palace after fleeing her marriage. Princess Haya bint al-Hussein, 45, has not been seen in public for weeks. One half of one of the sporting worlds most celebrated couples, she failed to appear at Royal Ascot last month with her husband. Photo by Balkis Press/ABACAPRESS.COM 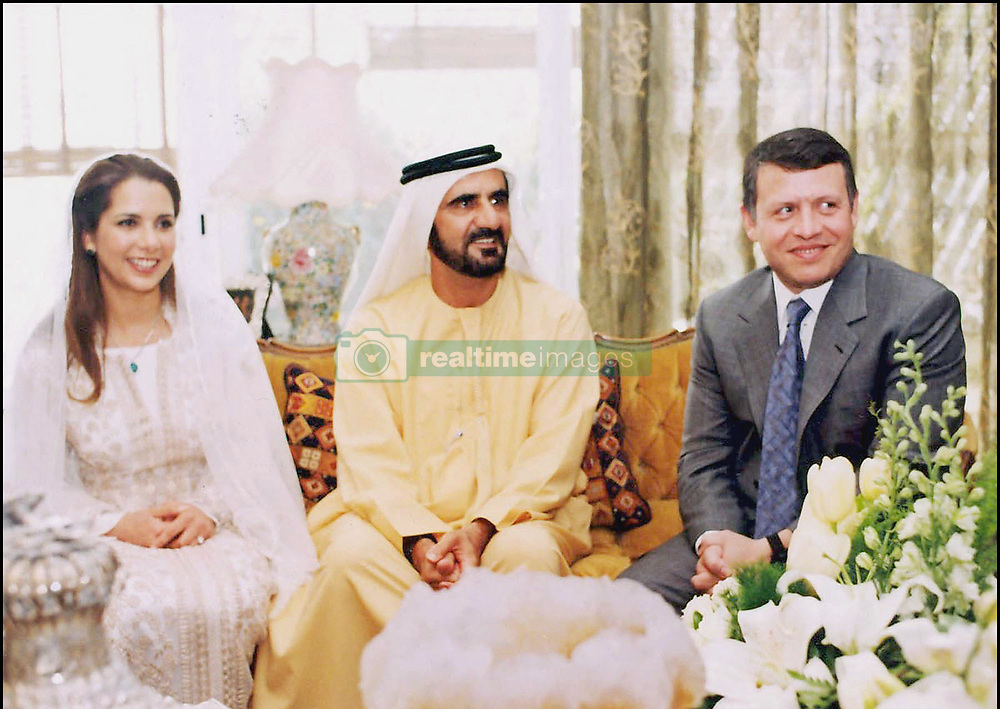