August 9, 2017 - Brussels, BELGIUM - Minister of Health and Social Affairs Maggie De Block and Minister of SMEs, Entrepreneurs, Agriculture and Social Integration Denis Ducarme a hearing of the parliamentary commission for agriculture and public health, at the federal parliament, in Brussels, Wednesday 09 August 2017. The commission will discuss the fipronil contaminated, millions of eggs have been pulled from shops in Belgium, the Netherlands and Germany as fipronil was detected in samples. Insecticide fipronil is used to destroy lice and ticks, but it's forbidden for use with animals intended for human consumption...BELGA PHOTO VIRGINIE LEFOUR (Credit Image: © Virginie Lefour/Belga via ZUMA Press) 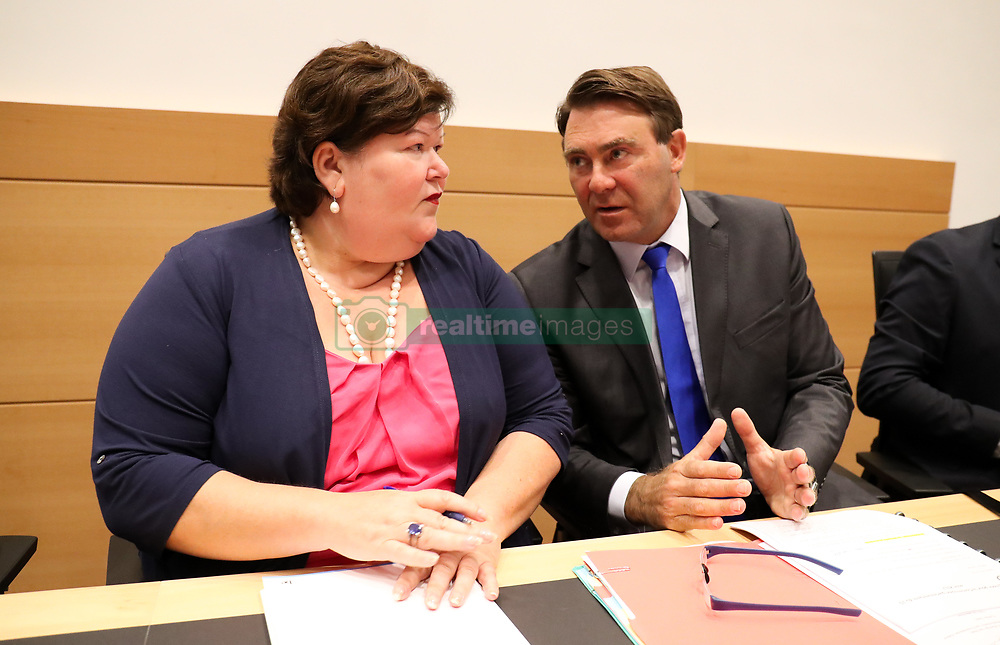