October 3, 2017 - Barcelona, Catalonia, Spain - Thousands of Catalan pro-independence activists shout slogans as they march through Barcelona during a general strike in defense of rights and freedoms after police violence during the secession referendum at October 1st. Spain's Central Government denies that there have been a referendum and does not accept the result as the Catalan referendum law had been suspended by Spain's constitutional court. (Credit Image: © Matthias Oesterle via ZUMA Wire) 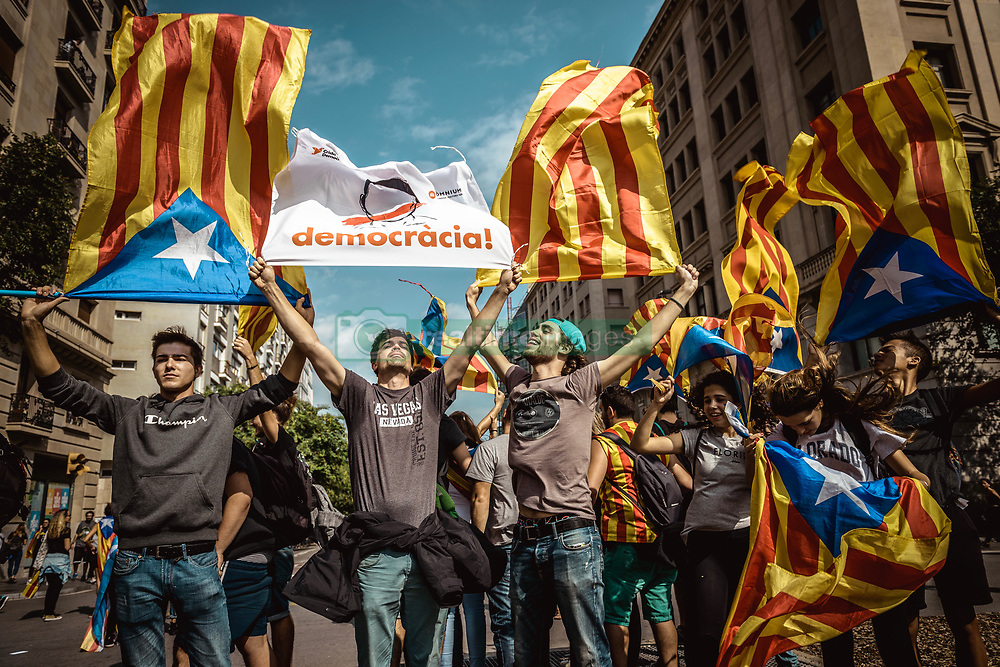