December 5, 2016 - Hollywood, California, U.S. - BRYCE DALLAS HOWARD promotes movie 'Gold.' Bryce Dallas Howard (born March 2, 1981) is an American film actress, director, producer, and writer. Daughter of Ron Howard. Howard attended New York University's Tisch School of the Arts, but would ultimately leave before graduating to take on roles on broadway. During a performance of ‘As You Like it’ where Bryce portrayed Rosalind, ‘The Village’ (2004) and then in the fantasy thriller ‘Lady in the Water’ (2006). Her performance in K. Branagh’s film adaptation of ‘As You Like It’ (2006), earned her a Golden Globe Award nomination. In 2006, she co-wrote and directed the short film Orchids. Howard became more recognizable to audiences as Victoria in ‘The Twilight Saga: Eclipse’ (2010). This project, as well as ‘Terminator Salvation’ (2009), was financially successful, but both films garnered mixed reviews from the press. In 2011, she had supporting roles in ’50/50’ and ‘The Help’. She also played a lead role, Claire Dearing, in the science fiction adventure film ‘Jurassic World’ (2015), the fourth installment in the 'Jurassic Park' film series and her most financially successful film to date. In 2016 she signed on to reprise her role in the sequel to ‘Jurassic World’ (2018). (Credit Image: © Armando Gallo via ZUMA Studio) 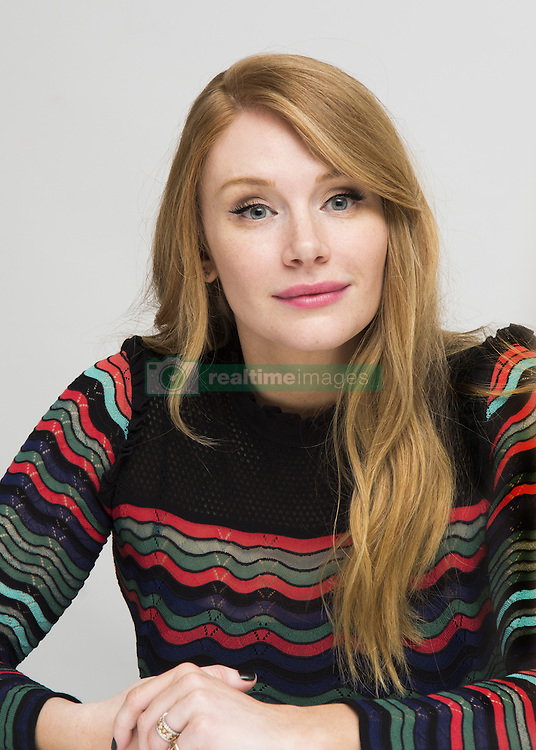