Action Of The Extinction Rebellion Movement Protest In Paris

May 12, 2019 - Paris, France - Members of the international social movement Extinction Rebellion France (XR) pose during an action at the Trocadero this Sunday, May 12, 2019 in Paris. For the occasion, activists spilled several tens of liters of fake blood on the steps of the Trocadero to raise public awareness of the dangers of the 6th mass extinction that affects the fauna of planet earth. (Credit Image: © Samuel Boivin/NurPhoto via ZUMA Press) 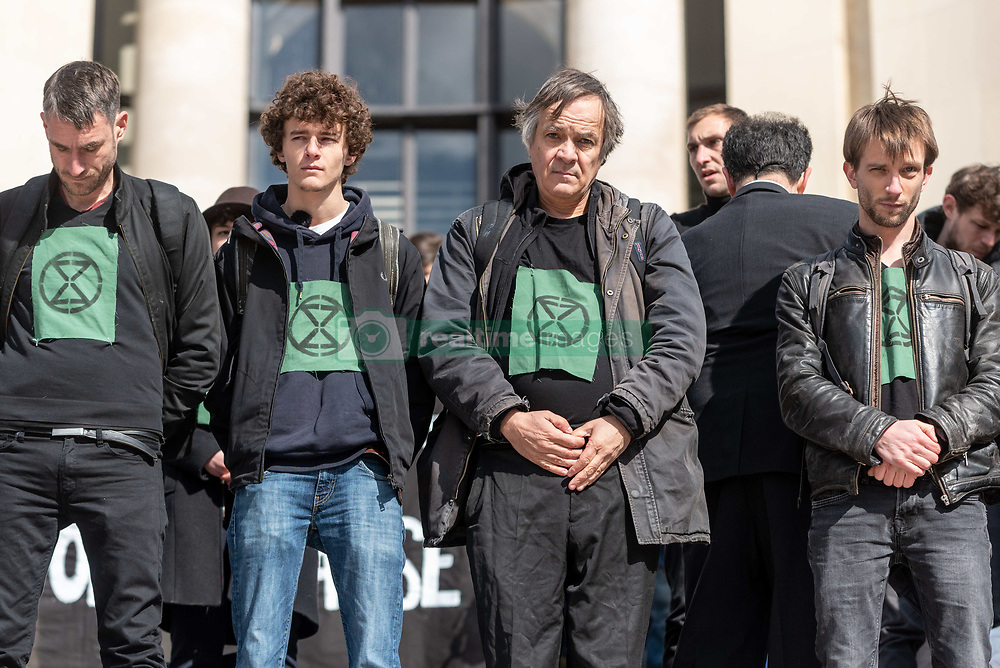