March 23, 2019 - London, United Kingdom - Protesters are seen gathering at Park Lane while holding flags, placards during the demonstration..Thousands of protesters gathered at central London to take part in the Put It to the People March. The march from Park Lane to Parliament Square was organised by the Peoples Vote campaign and is calling for a public vote on the Governments final Brexit deal. (Credit Image: © Brais G. Rouco/SOPA Images via ZUMA Wire) 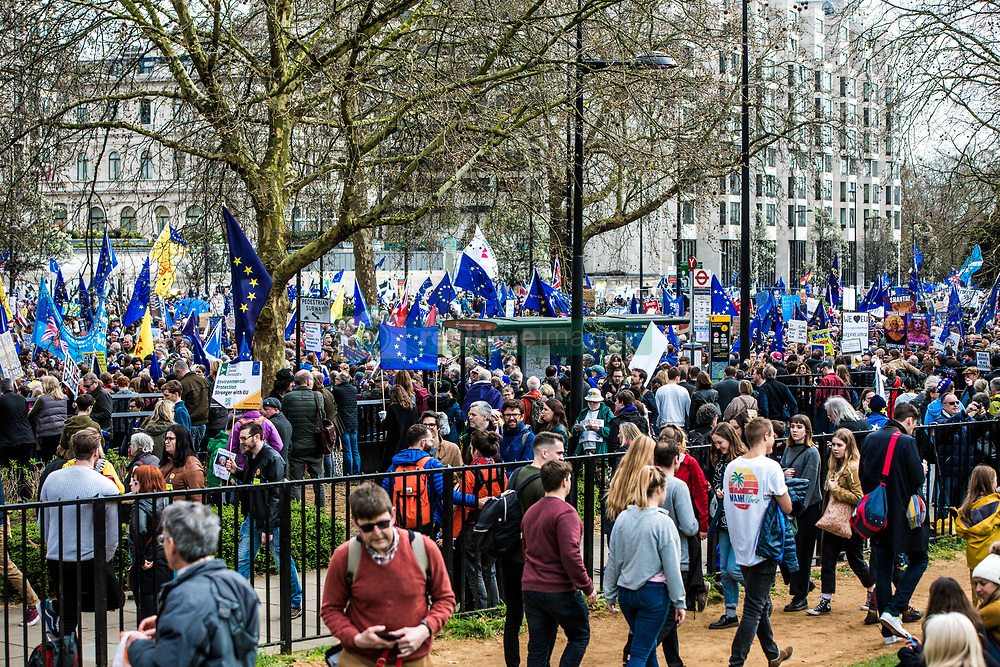