Protest in front the Dutch Embassy in Kiev

September 6, 2017 - Kiev, Ukraine - Activists and supporters of Ukrainian nationalist group of National Corps hold placards, during a protest in front the Embassy of the Netherlands, in Kiev, Ukraine, 06 September, 2017. As activists said, their protest is caused by the publication in the Â«De GelderlanderÂ» about the possible participation of two Dutch companies for the construction of the Kerch bridge from Russia to the annexed Crimea. (Credit Image: © Str/NurPhoto via ZUMA Press) 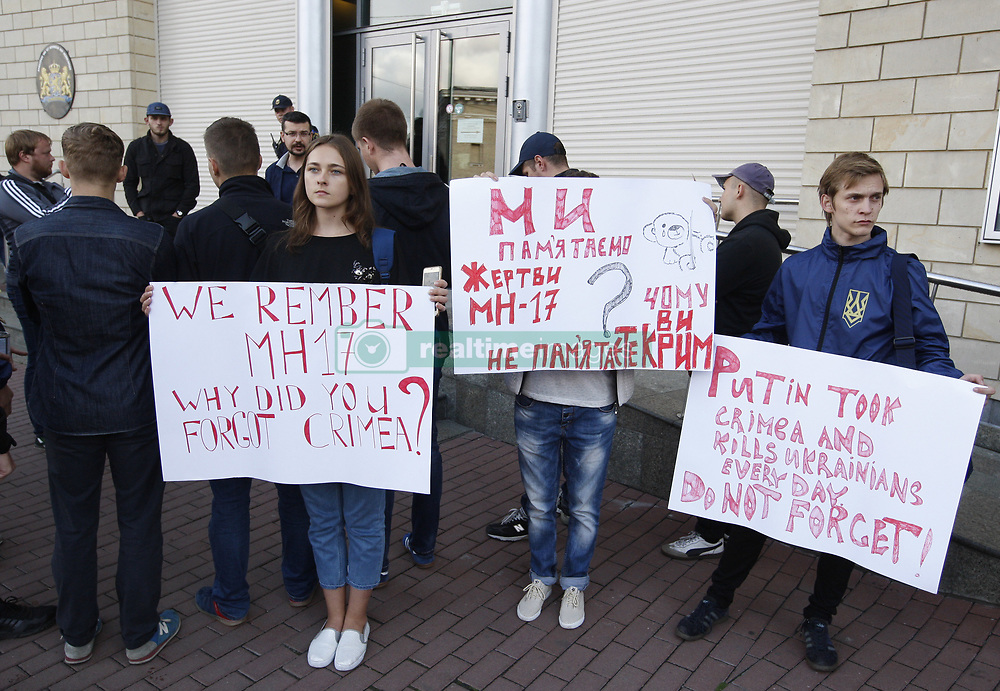