June 3, 2017 - London, UK - Maidenhead, UK. 3rd June 2017. Police surround Disabled People Against Cuts protesters blocking a main road into the town in protest in Theresa Mayâ€™s constituency against the Tory government, the first in the world to be found guilty of the grave and systematic violations of disabled people's human rights by the UN and tell them they must get off the street. Paula Peters lets the police know what she thinks of them after they have threatened her with arrest to get her to move off the street. The cuts they have made since 2010 have had 9 times the impact on disabled people as on any other group, 19 times more for those with the highest support needs. DPAC say Tory polices are heartless and are starving, isolating and ultimately killing the disabled. They marched from the station to protest on the high street with a straw 'Theresa May - Weak and Wobbly' and the message 'Cuts Kill' and after a hour of protest returned calling on voters to vote for anyone but her to the station and blocked one of the busiest roads into the town for around 15 minutes. Peter Marshall ImagesLive (Credit Image: © Peter Marshall/ImagesLive via ZUMA Wire) 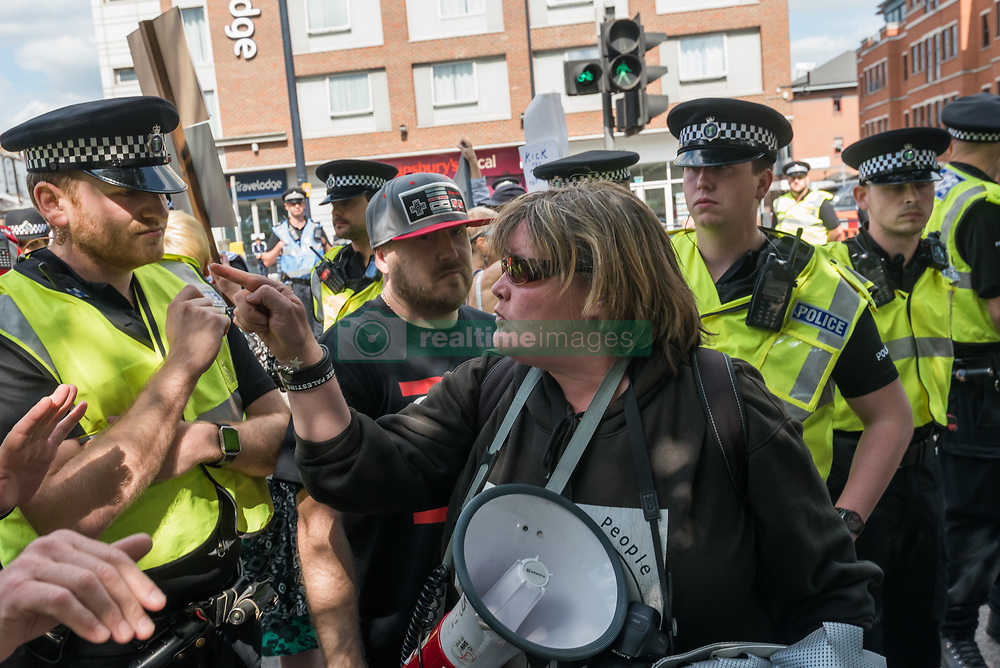