April 28, 2018 - Srinagar, Jammu & Kashmir, India - A small boy holds a placard during a protest of Association of parents of Disappeared persons (APDP) In Press Enclave Srinagar Summer Capital Of Indian Kashmir on Saturday..Scores of members Association of Parents of Disappeared Persons (APDP) on Saturday staged a silent protest in Press Enclave Srinagar against the human rights violation in Kashmir.The protesters including men, women assembled at Srinagarâ€™s Press Enclave and staged silent protest and demanded government to find out their beloved ones who are disappeared since years.The association members were carrying the banners and placards reading â€˜stop crime against humanity, what lies beneath.â€™ According to APDP, More than 8000 Kashmiris are disappeared since the inception of armed conflict in 1989 in Jammu and Kashmir. (Credit Image: © SOPA Images via ZUMA Wire) 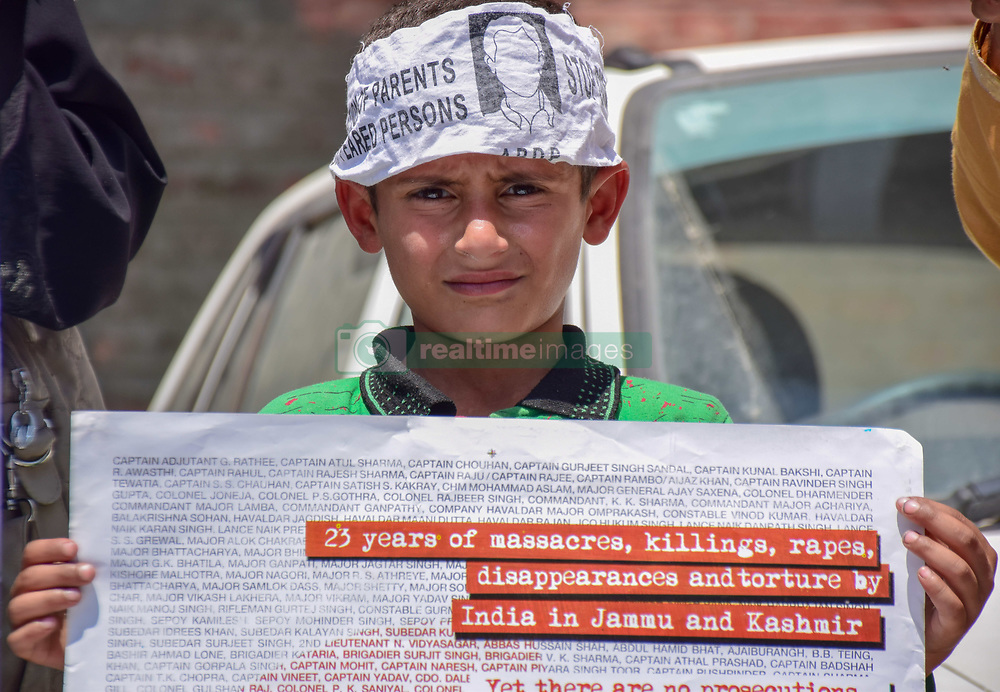