Four People Killed In Explosion In East Of Rafah

April 14, 2018 - Rafah, Palestinian Territories, Palestine - Palestinian men look at the debris of a motorcycle at the site of an explosion in east of Rafah in the southern Gaza Strip, on April 14, 2018. Four Palestinians were killed in an explosion near the Gaza-Israel border, the health ministry in Gaza said, in circumstances that were unclear. The Hamas-controlled ministry said the explosion east of Rafah was caused by an Israeli strike, but an army spokesman said they no knowledge of any such strike. (Credit Image: © Majdi Fathi/NurPhoto via ZUMA Press) 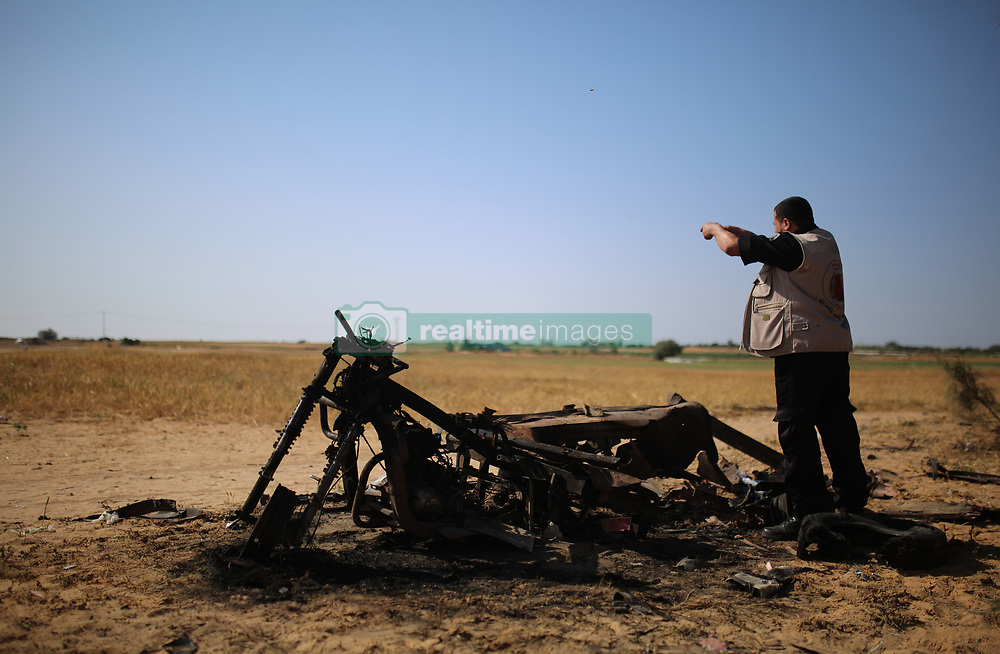