March 24, 2019 - Zimbabwe - Engineers work on a damaged bridge in order to create access to other town near by. At least 259 people were killed in Zimbabwe by Cyclone Idai, and some 217 are missing, according to the U.N. migration agency. Hundreds of people had been injured and authorities had confirmed that 16,000 households had been displaced, the International Organization said in a statement. (Credit Image: © Tafadzwa Ufumleli/ZUMA Wire) 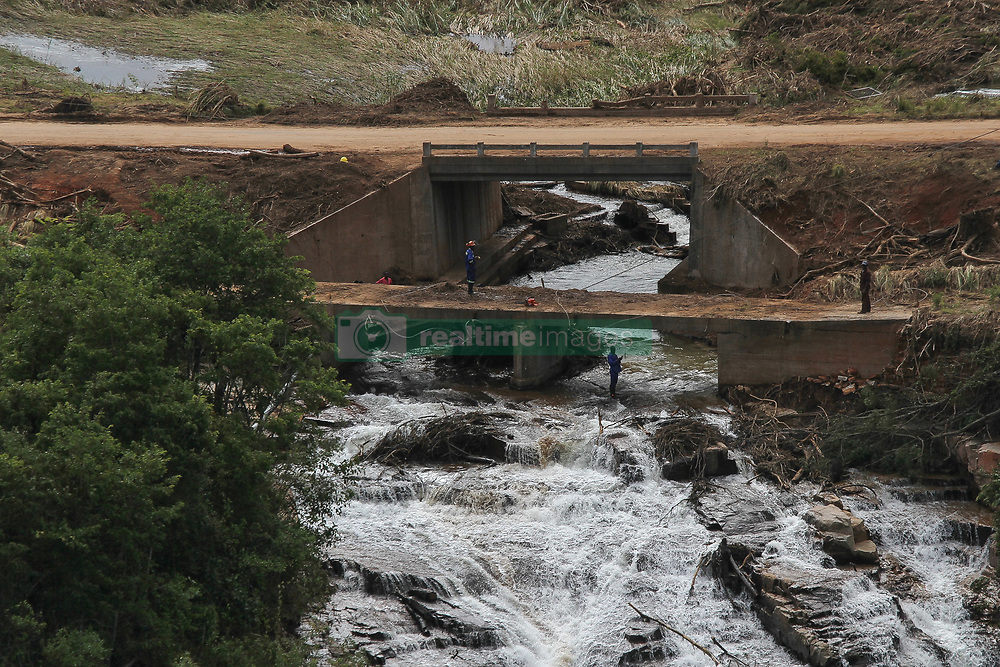