Palestinian Protest Against Operations In Syria by the US

April 15, 2018 - Gaza, Pennsylvania, Palestine - Palestinian protesters chant slogans and wave the flags of Palestine, Syria and Iran during a demonstration against strikes carried out by the United States, Britain and France against Syria's regime, in Gaza City on April 14, 2018, during a demonstration called for by the Popular Front for the Liberation of Palestine (PFLP) and other left-wing parties. (Credit Image: © Majdi Fathi/NurPhoto via ZUMA Press) 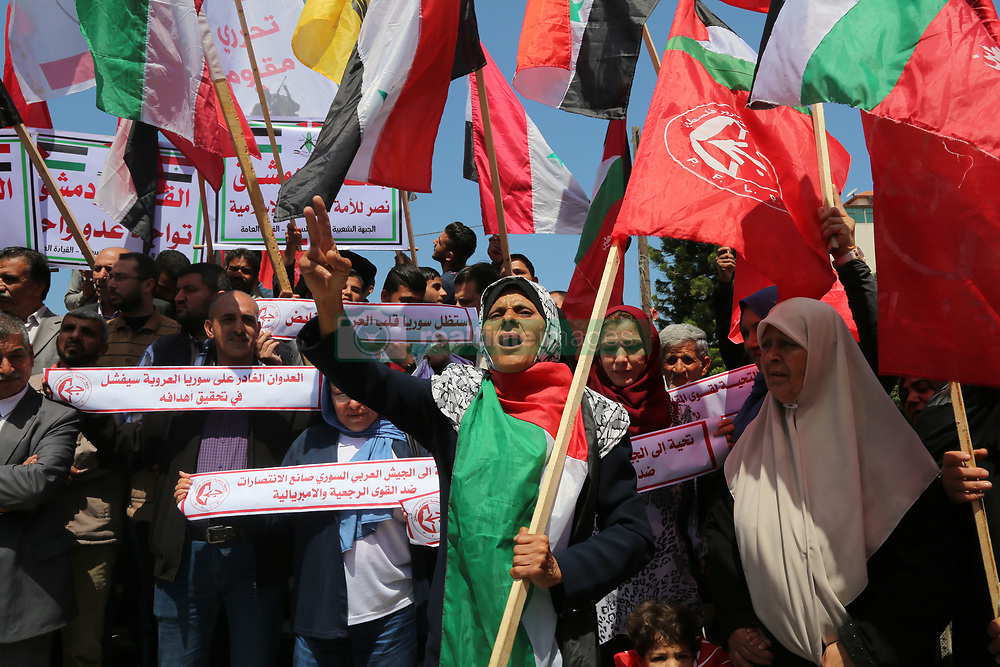