November 22, 2018 - Beirut, Lebanon - Protesters are seen gathered at the Martyrs' Square during the protest..The mood was generally deflated as a handful of protesters, almost outnumbered by journalists were gathered at the Martyrs' Square in Beirut to protest against the poor state of their country, from waste management to the economy, for which they blame the government. Several said that celebrating independence under such circumstances feels like a bad joke. They admit that things will change for the better, saying Lebanese people would protest more, but they're tired because nothing has happened. (Credit Image: © Elizabeth Fitt/SOPA Images via ZUMA Wire) 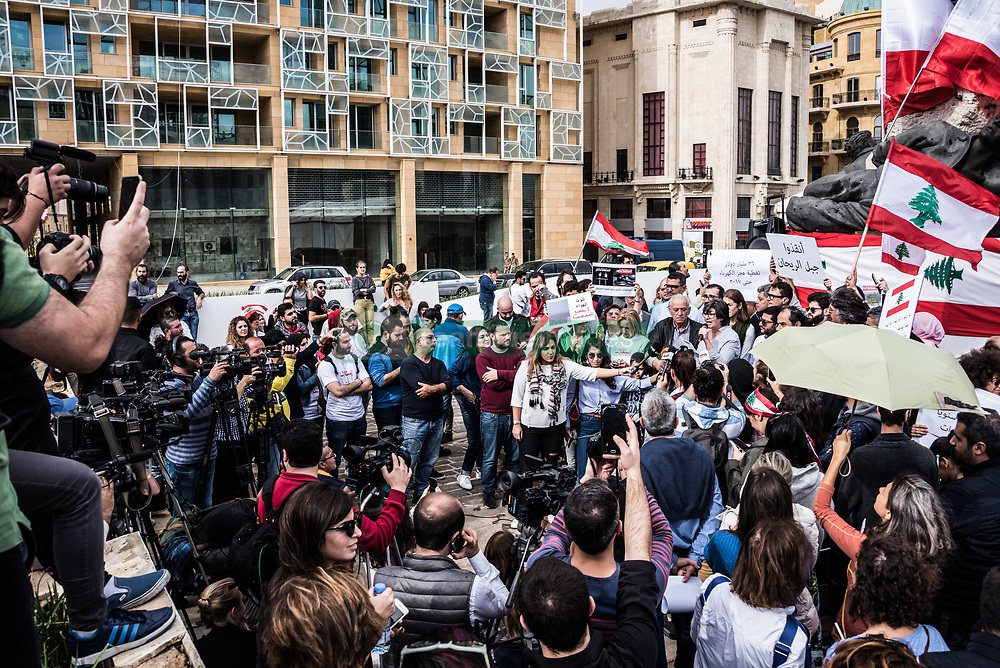