May 25, 2019 - Dortmund, Nordrhein Westfalen, Germany - A neonazi in Dortmund, Germany wears a hat with the colors of Germany's 1933-35 flag with a Black Sun nazi esoteric embroidery. Prior to the European Elections, the neonazi party Die Rechte (The Right) organized a rally in the German city of Dortmund to promote their candidate, the incarcerated Holocaust denier Ursula Haverbeck. The demonstration and march were organized by prominent local political figure and neonazi activist Michael Brueck (Michael BrÃ¼ck) who enlisted the help of not only German neonazis, but also assistance from Russian, Bulgarian, Hungarian, and Dutch groups with the final tally ranging from 180-250. The police reported various incidents, including forbidding the use of a banner with former President of Iran Ahmadenijad, who the group states is an ally. Later, the parade was stopped due to the use of â€œhere we are, the national resistanceâ (Credit Image: © Sachelle Babbar/ZUMA Wire) 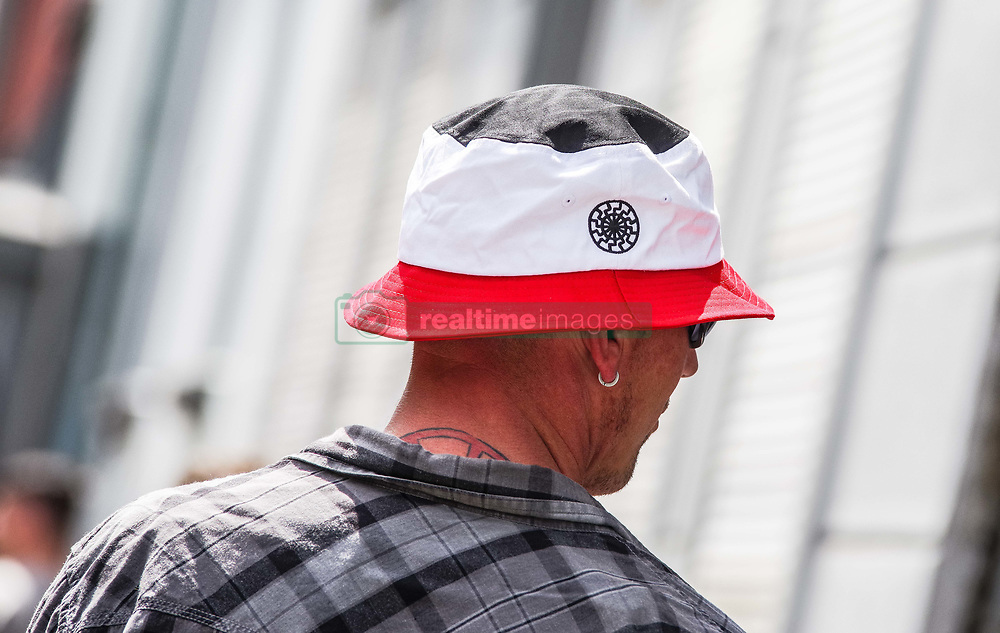