May 2, 2019 - Oswiecim, Poland - Participants of the March seen with the flags of Israel. The annual march is part of the educational program. Jewish students from all over the world come to Poland and study the remains of the Holocaust. Participants march in silence, three kilometers from Auschwitz I to Auschwitz II Birkenau, the largest Nazi complex of concentration camps built during World War II. (Credit Image: © Damian Klamka/SOPA Images via ZUMA Wire) 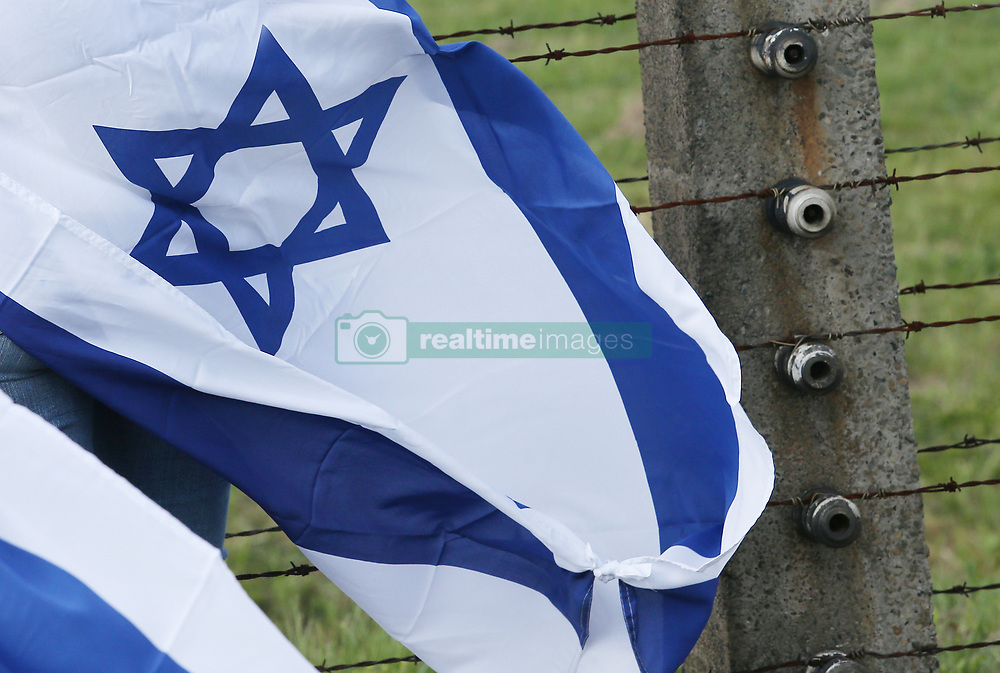