Aug 18, 2003; Memphis, TN, USA; (FILEPHOTO) Singer JERRY LEE LEWIS in Memphis in the late 1980's. Lewis has endured a life of drugs and bad luck. His first son died in a car accident following a bout with drugs and mental illness, Lewis was arrested for waving a gun outside Elvis' graceland estate, accidentally shot his own bass player (who survived and sued), was on the run from the IRS, almost died from an ulcer, lost two of six wives in a year due to drugs and survived a pain killer addiction thanks to the Betty Ford Clinic.. (Credit Image: Robin Rayne/ZUMAPRESS.com) 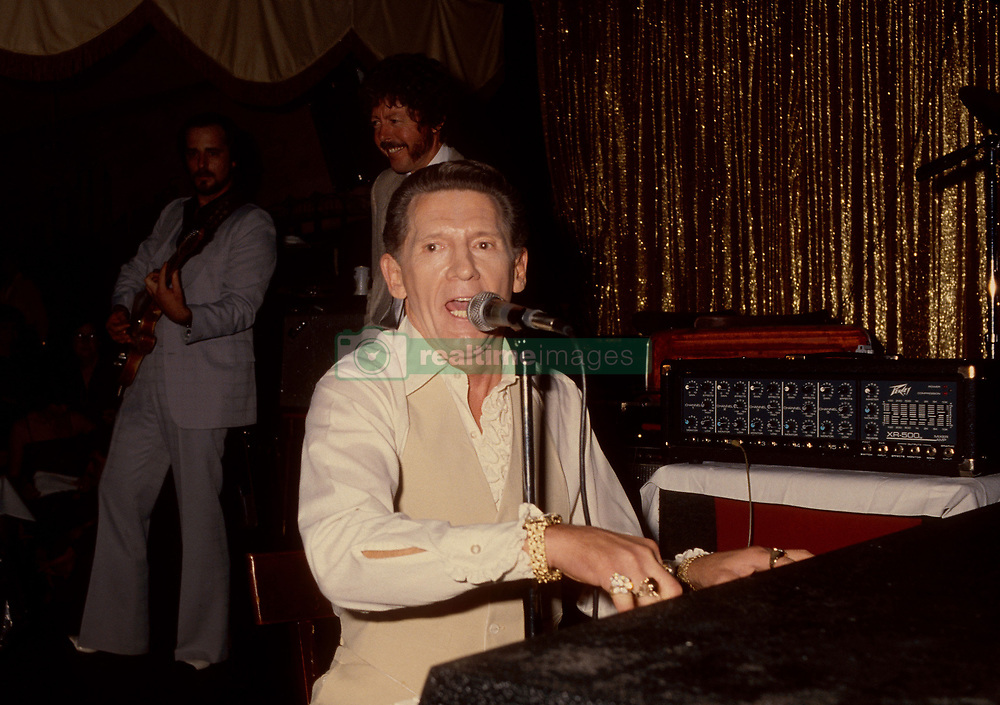