SHIMON PERES (2 August 1923 - 28 September 2016) was a Polish-born Israeli statesman. Born Szymon Perski, he was the ninth President of Israel from 2007 to 2014, served twice as the Prime Minister of Israel and twice as Interim Prime Minister, and he was a member of 12 cabinets in a political career spanning over 66 years. Peres won the 1994 Nobel Peace Prize together with Yitzhak Rabin and Yasser Arafat for the peace talks that he participated in as Israeli Foreign Minister, producing the Oslo Accords. PICTURED: Nov. 12, 2008 - New York, New York, U.S. - Israeli President SHIMON PERES delivers a speech during the UN conference on culture of peace at the United Nations headquarters. (Credit Image: © Xinhua/ZUMA Press) 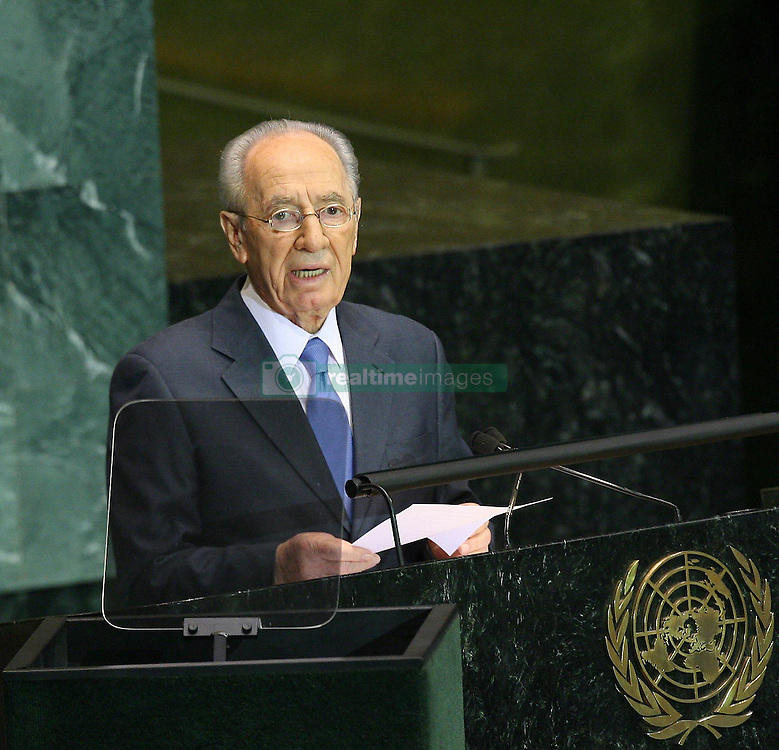