October 27, 2016 - Calais, France - A press conference is held on the sidelines of the jungle by the associations. The police rejected the protesters. Two demonstrators were arrested in Calais, October 27, 2016..The Calais jungle begins its fourth day of dismantling. Most refugees have left the jungle. Some roam the jungle and over 100 young refugees have no place in the Provisional Home Centre. The workers are destroying the jungle growing rapidly. (Credit Image: © Julien Pitinome/NurPhoto via ZUMA Press) 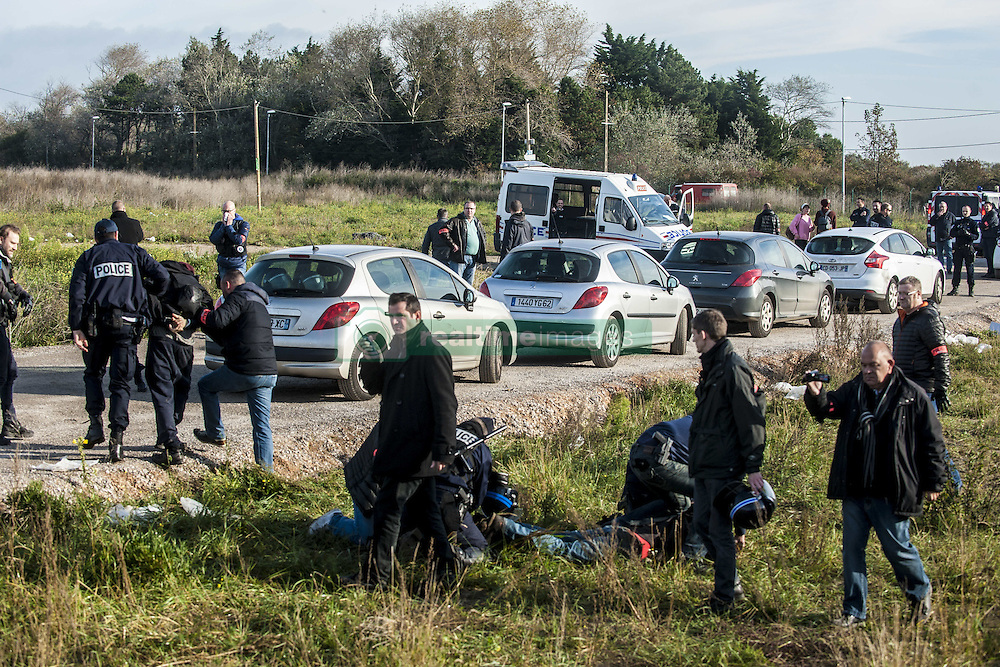