May 26, 2019 - Brussels, North Brabant, Belgium - May 26th, Brussels. Under the slogan 'Toute l'Europe Ã  Bruxelles', hundreds of yellow vests from some parts of Europe, gathered at the Brussels North station to keep their protests during the European election day.The situation escalated around the North station, where the demonstration wasn't allow to walk by the police. Hundreds of riot police showed up and stopped the demonstration. The police used water cannons and tear gas to disperse protesters. A group of hundreds yellow vests managed to evade the riot police and run to the center of the city, where they were arrest when they tried to hide inside of a watch store. (Credit Image: © Romy Arroyo Fernandez/NurPhoto via ZUMA Press) 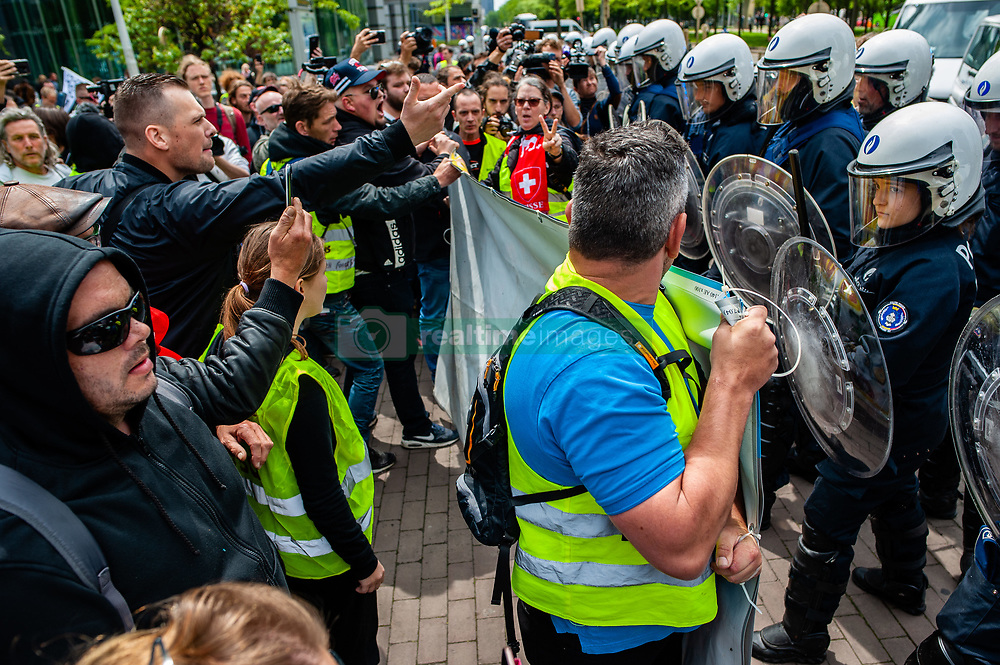