May 5, 2018 - Malaga, Spain - A member of the 501st Legion Spanish Garrison dressed as ''Darth Vader'' and ''Darth Sidipus'' from the movie saga Star Wars, perform as they walk during a charity parade in favour of bone marrow donation, organized by the Luis Olivares foundation. Hundreds of volunteers from the 501st Legion Spanish Garrison, an association that promote the hobby for the movie Star Wars and contribute in solidarity causes, took the main streets in downtown MÃ¡laga with the objective of encourage the bone marrow donation and the fight against cancer. (Credit Image: © Jesus Merida/SOPA Images via ZUMA Wire) 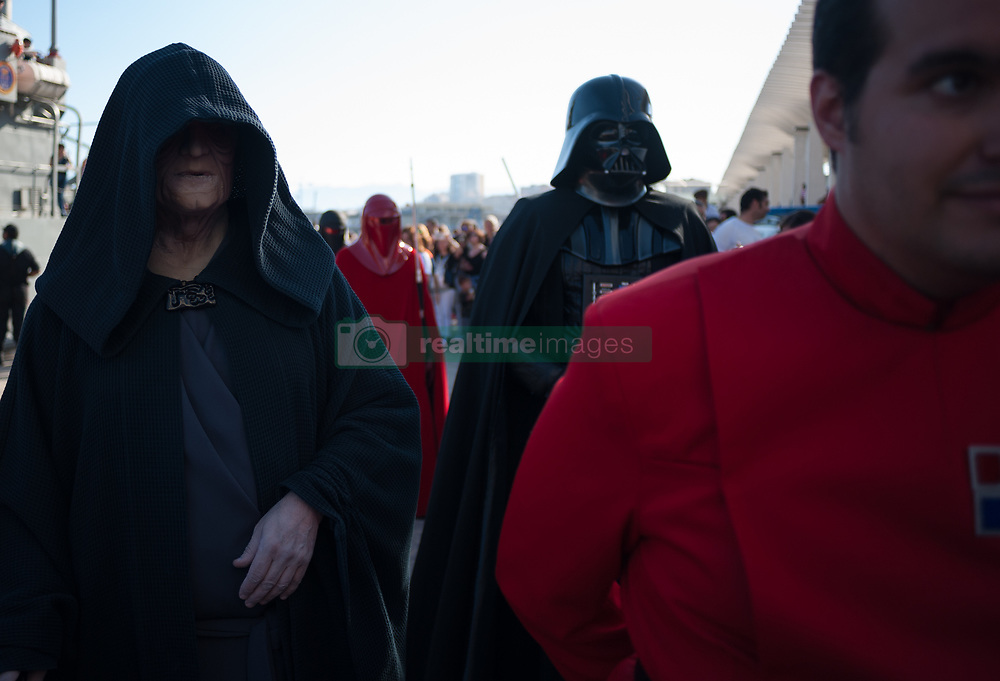