Erramatti Mangayamma, 73, and her husband Sitaram Rajarao at their baby shower at Ahalya Nursing Home in Guntur, India. 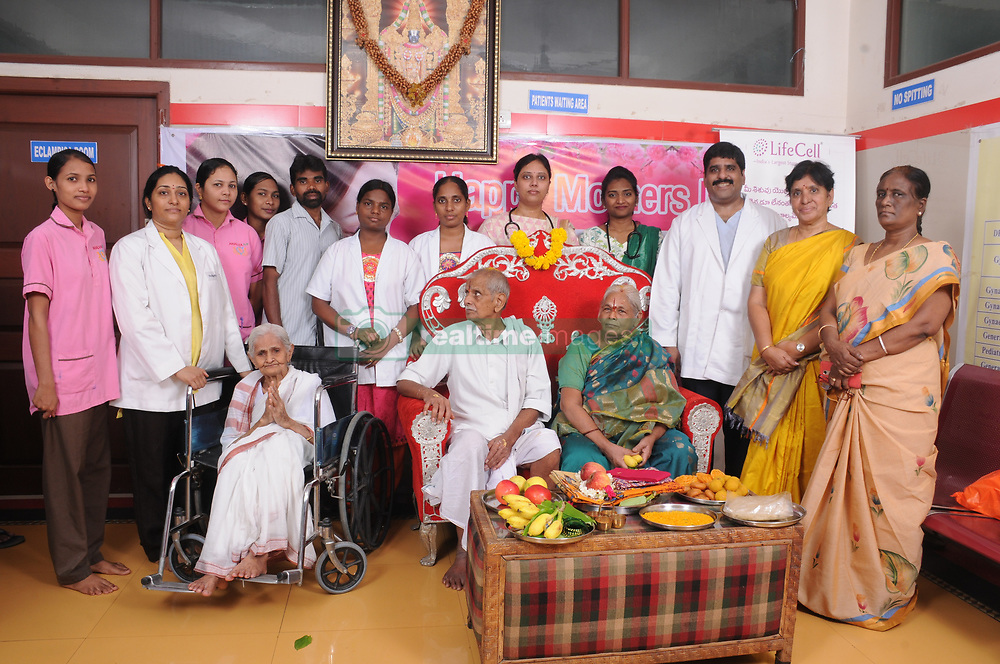