May 3, 2017 - Sao Paulo, Brazil - The Right SÃ£o Paulo group organized a march against the Immigration Law in the city of Sao Paulo on 3 May 2017. The demonstration took place on Paulista Avenue and at its peak gathered about two hundred people. They ask President Michel Temer to veto the law. The protest protested against the Migration Law, already approved by the Senate, which could facilitate the reception of more immigrants in the country. Protesters say that immigrants ''brought terrorism to Brazil'' and called for a new military intervention in the country. (Credit Image: © Cris Faga/NurPhoto via ZUMA Press) 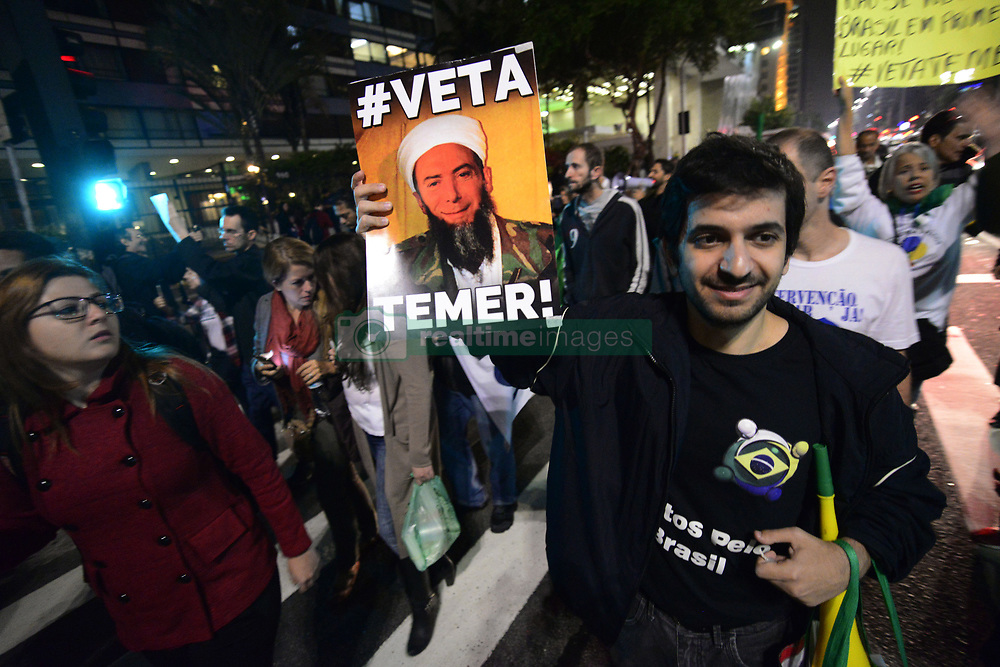