December 3, 2016 - Rio De Janeiro, Brazil - Carol, the journalist's wife had 2 children with him and was pregnant with the third. Body of journalist Guilherme Van Der Laars, from TV Globo, is buried in the SÃ£o JoÃ£o Batista Cemetery, in Botafogo. He was one of the victims of the plane crash that would take the Chapecoense team to the final of the Copa Sudamericana in Colombia. The Lamia plane, which specializes in transporting football teams, crashed near the airport of destination and the first investigations realize that the fall was caused by lack of fuel. The case continues to be investigated by the Brazilian and Colombian authorities. This Saturday, Brazil was moved by the wake and the burial of dozens of athletes, journalists and members of the Chapecoense soccer team. Rio de Janeiro, Brazil, December 03, 2016. (Credit Image: © Luiz Souza/NurPhoto via ZUMA Press) 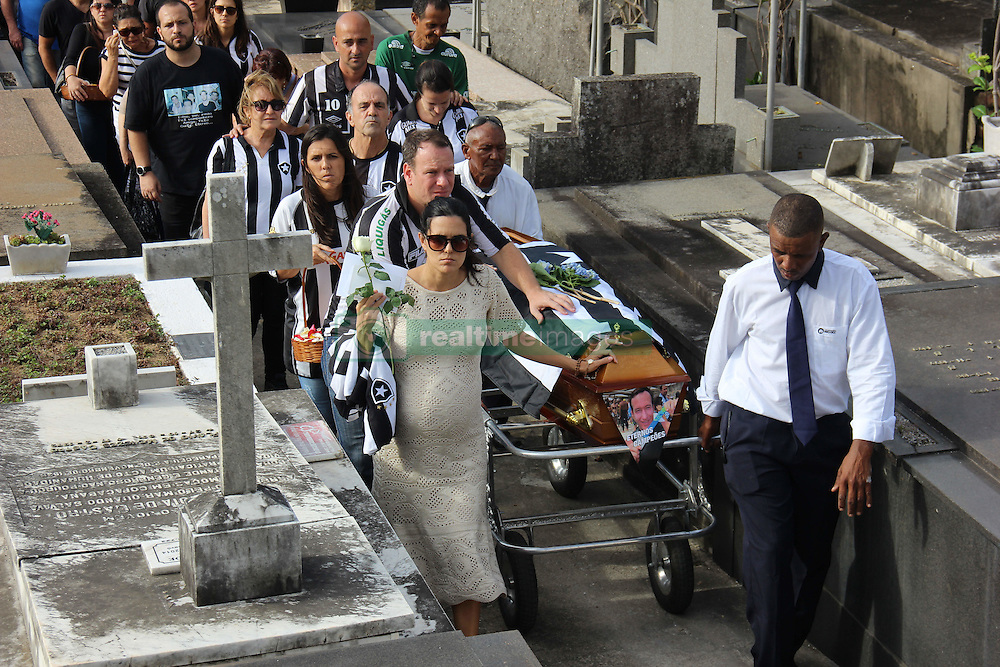