October 6, 2018 - Rome, Italy, Italy - Demonstration of the extreme right movement Casapound in Rome, ''against uncontrolled immigration and against degradation''. In the days before the demonstration, numerous exponents of both the Democratic Party and the Civic Movement for Rome had asked the police station to ban the parade because this ended in the square where there was a memorial plaque commemorating the inhabitants of the district who died in World War II under the Nazi-oppression oppression. A large police force prevented the march from coming into contact with the anti-fascists who had arranged to meet in front of the tombstone. (Credit Image: © Patrizia Cortellessa/Pacific Press via ZUMA Wire) 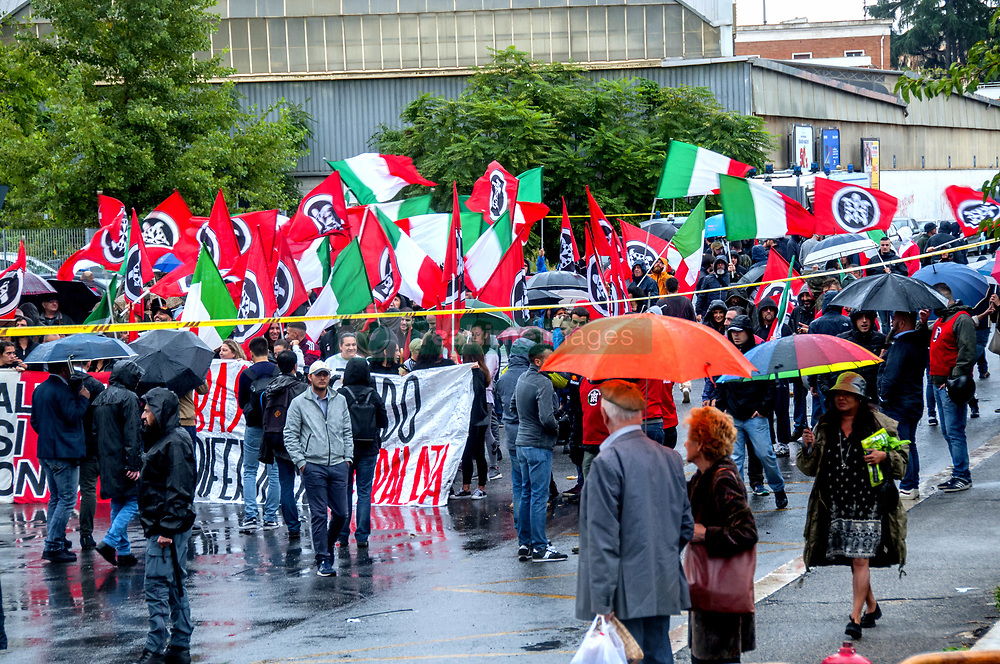