April 3, 2017 - St Petersburg, Russia - The scene immediately after the blast with people on the ground at Sennaya metro station in St. Petersburg. A suspected bomb detonated on a metro train in St Petersburg on Monday, killing at least 10 people. The blast occurred at the Sennaya Ploshchad station, in the centre of Russia's second city, at about 2.30pm, reportedly as the train was pulling out of the station. (Credit Image: © Russian Look via ZUMA Wire) 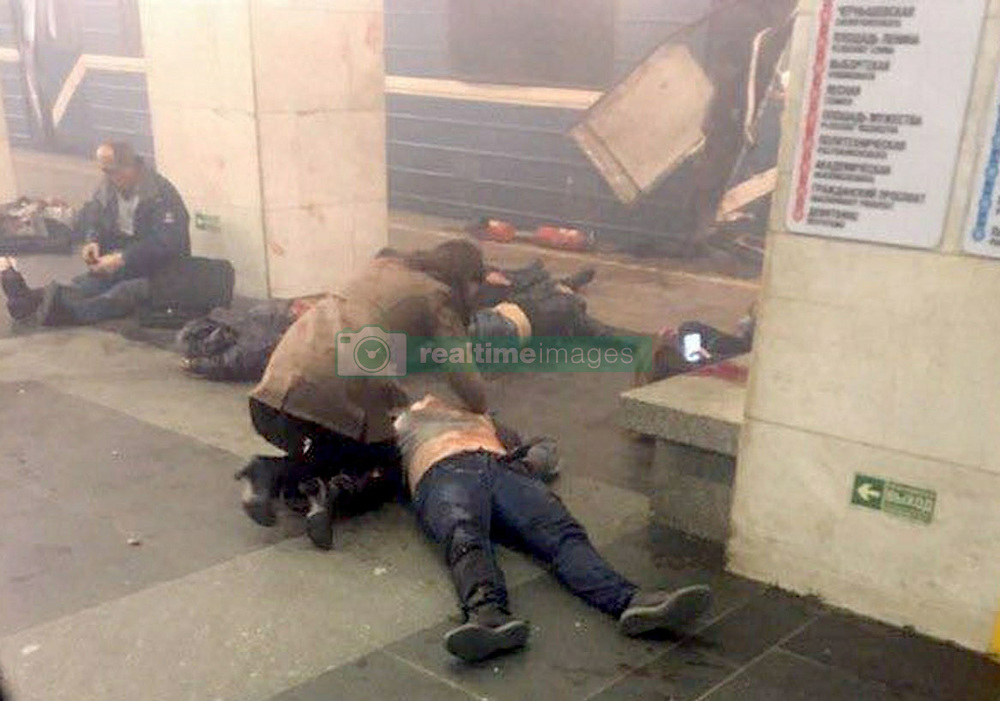