August 27, 2017 - Bangkog, Bangkok, Thailand - Members of the Karen during hold their Wrist tying ceremony in Bangkok, Thailand. 27 August 2017. Ethnic Karen celebrating one of the most important events in their cultural the wrist-tying festival tying white cotton thread around wrists has been passed down through generations and it is not only a traditional legacy of Karen people, but also intended to enrich peopleâ€™s health and strength. (Credit Image: © Anusak Laowilas/NurPhoto via ZUMA Press) 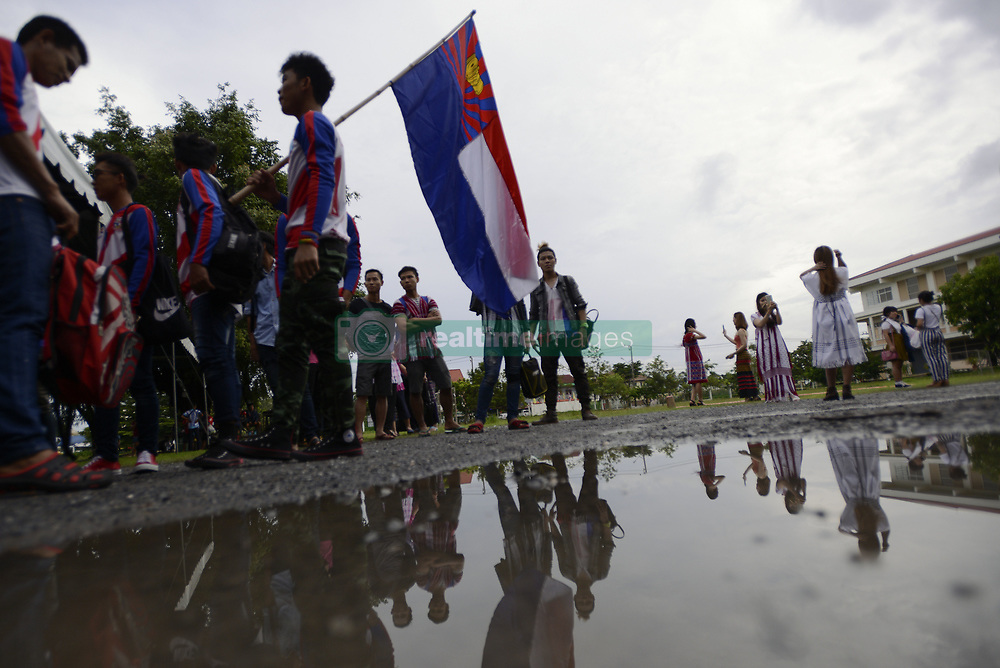