June 21, 2017 - Medan, North Sumatra, Indonesia - A pictures available taken on June 14, 2017 seen showing, dozens of pangolin dead were lying in a hole before being buried in Medan, North Sumatra Province, Indonesia. A total of 1 ton of pangolin animals that live and die as endangered animals will be sent to Malaysia illegally by sea, of which 110 of the 225 pangolins found in the raid by navy personnel at Belawan port in Medan were alive. Indonesian authorities say they arrested two men suspected wildlife smugglers after a raid on a port warehouse in Sumatra uncovered more than 200 pangolins, many of them dead from stress and dehydration. the smuggling of 1 ton of pangolin worth 2.5 billion rupiah (about 190.000 USD), the plan will be used as the material of the shabu. The animal's skin will be processed into a shabu in Malaysia and will be sent back to Indonesia after becoming medicines. The creature's meat is also valuable as an edible delicacy and a physical part as a traditional herb in some parts of Asia - especially China - and Africa. According to the WWF report as much as 80% of the pangolin population in Asia is lost within 10 years. (Credit Image: © Ivan Damanik via ZUMA Wire) 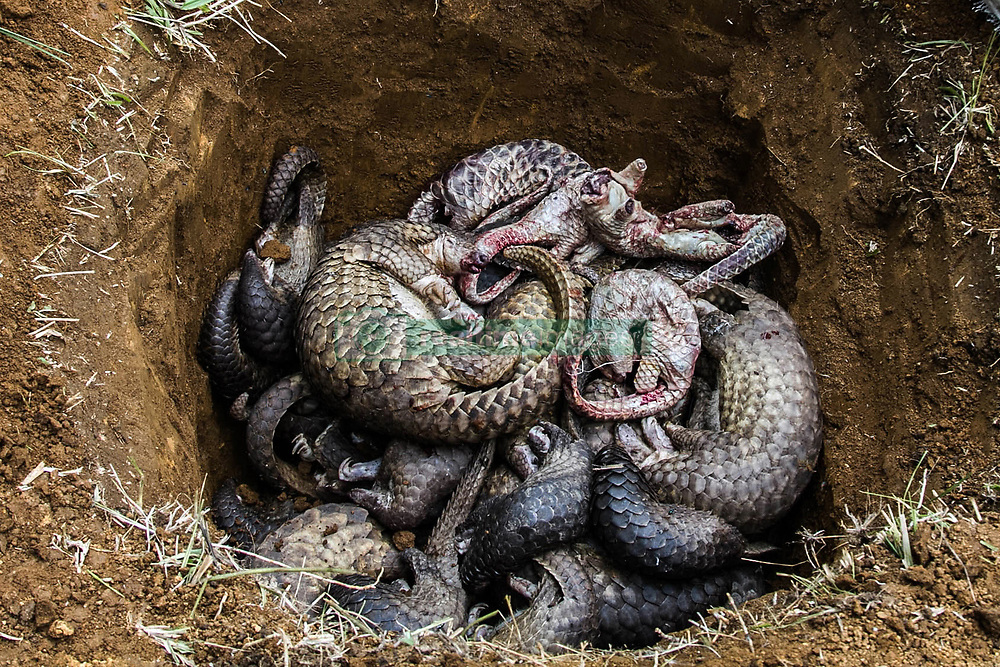