June 18, 2017 - Sao Paulo, Brazil - Movement ''Comes to Rua Sampa'' protests in front of the court in Paulista Avenue, in Sao Paulo, Brazil, on June 17, 2017. They made a symbolic act representing a seventh-day mass in memory of the Supreme Electoral Tribunal (TSE), which passed away in absolving the Dilma / Temer plate due to excessive evidence. According to the movement would be a unique case in the world in which the Defendants were absolved by excess and not by lack of evidence. (Credit Image: © Cris Faga/NurPhoto via ZUMA Press) 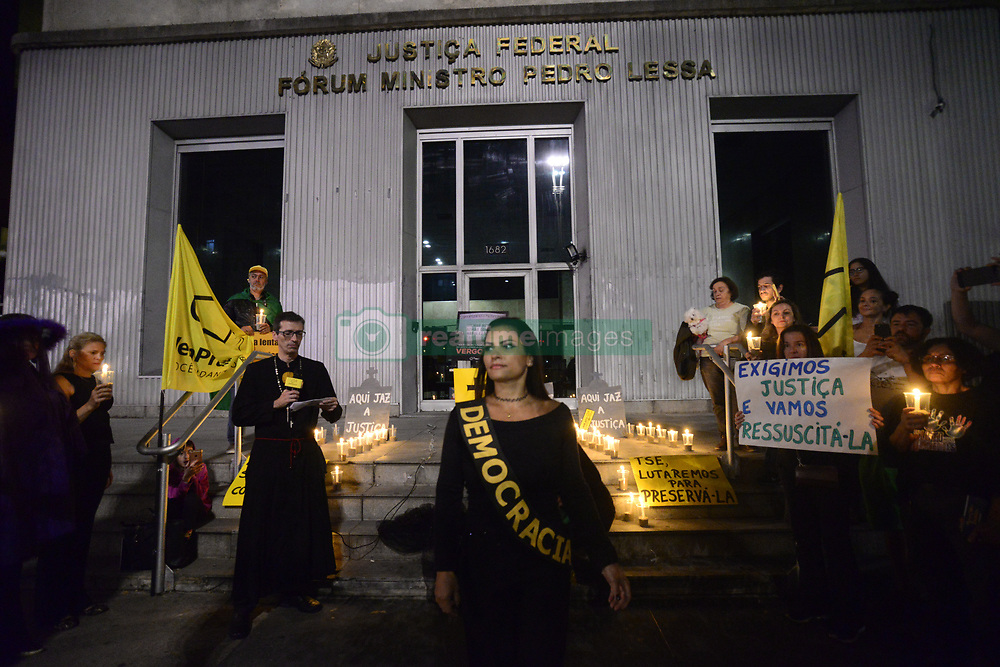