February 20, 2017 - Cambodge - An emotional Angeline Jolie has spoken publicly for the first time in public about the 'difficult' breakup of her marriage to Brad Pitt.She was in Cambodia promoting her new film set in the country when she appeared to tear up when asked about her personal life during an interview with BBC reporter Yalda Hakim.. She said:â€ I donâ€™t want to say very much about that, except to say it was a very difficult time and we are a family, and we will always be a family.â€œIt was very difficult. â€œMany people find themselves in this situation. My whole family have all been through a difficult time.â€A bitter custody battle came after Jolie filed for divorce from Pitt last September and sought full custody of their children.But the celebrity couple eventually reached an agreement in early January to seal the custody documents as they endeavor to resolve their issues and reach a divorce settlement. Jolie added:â€ My focus is my children, our children.â€œWe are and forever will be a family and so that is how I am coping. â€œI am coping with finding a way through to make sure that this somehow makes us stronger and closer.â€The couple had been together since 2004 but only married in August 2014.Jolie spoke after attending the premiere in the Angkor Wat temple complex at Siem Reap, Cambodia, for her movie, First They Killed My Father, about life in Cambodia under Pol Pot's Khmer Rouge as seen through the eyes of a child. The film is based on a book of the same name by Cambodian author Loung Ung.Ms Ung was five when she and her family were forced to leave their home in the capital, Phnom Penh, by the Khmer Rouge, the regime which ran the country between 1975 and 1979, under Pol Pot.It is estimated that about two million people, around a quarter of the population, were either murdered by the regime or died from starvation and overwork.She acknowledged that in a way she has come full circle since first traveling 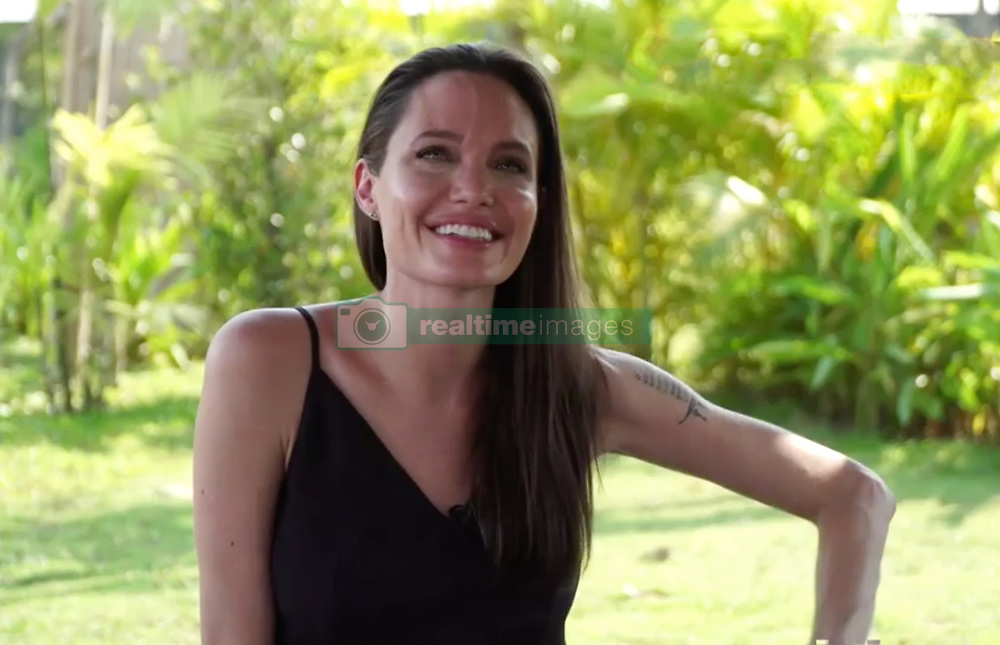