May 5, 2018 - Haskovo, Bulgaria - The Bulgarian political party of DPS organize anniversary 34 years of the Bulgaria's revival process, which started at 1984 years. The beginning of the event was held in the Bulgarian village of Karamantsi, where the communist regime launched a brutal policy of forced assimilation and peoples' name were changed against the country's ethnic Turkish minority, turkish language also was banned. During the processes in 1984 and 1989 more than 850 thousand people were forcibly evicted to live in Turkey. Today the Bulgarian ethnic party accepts that this is the beginning of the resistance against the communist regime. The leader of the DPS party Mustafa Karadayi recall that in the next month there are elections about the presidency republic in Turkey and he told that belive to be democratic elections and to win the covenants of Kemal Ataturk, Karamantsi, Haskovo, Bulgaria on May 05, 2018 (Credit Image: © Hristo Rusev/NurPhoto via ZUMA Press) 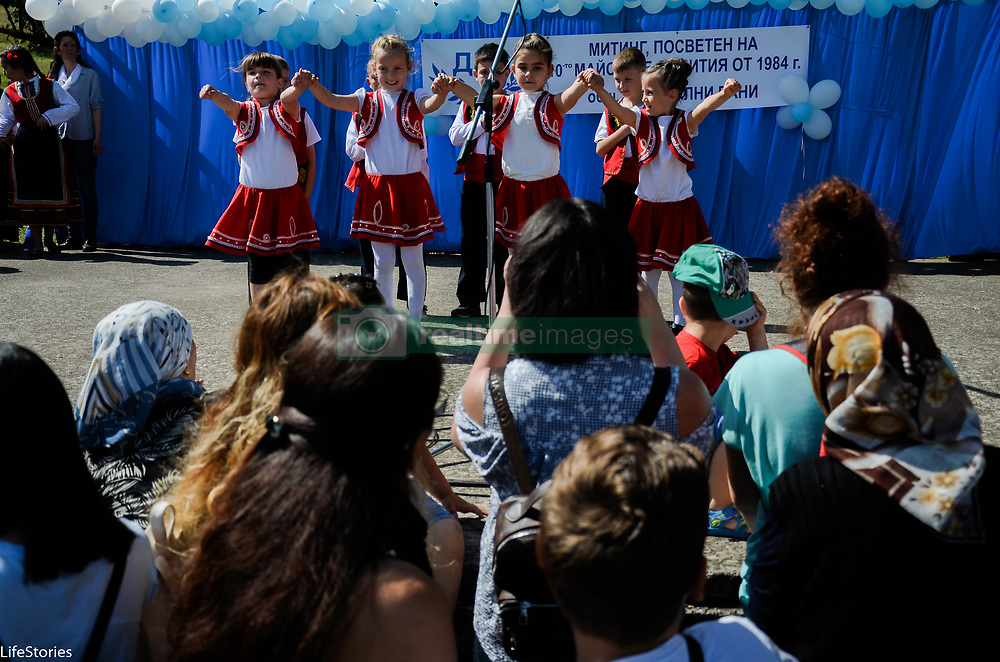