December 1, 2018 - New York, New York, United States - ACT UP New York took to the streets on December 1, 2018 to draw attention to World AIDS Day, an international recognition of the HIV/AIDS epidemic. ACT UP NY staged a speak out in Times Square to emphasize: people with HIV and AIDS are still here fighting for the end of the AIDS epidemic in New York, the US, and around the world. The action was followed by the Out of Darkness candlelight vigil and march at the NYC AIDS Memorial to remember those lost on World AIDS Day. (Credit Image: Â© Erik Mcgregor/Pacific Press via ZUMA Wire) 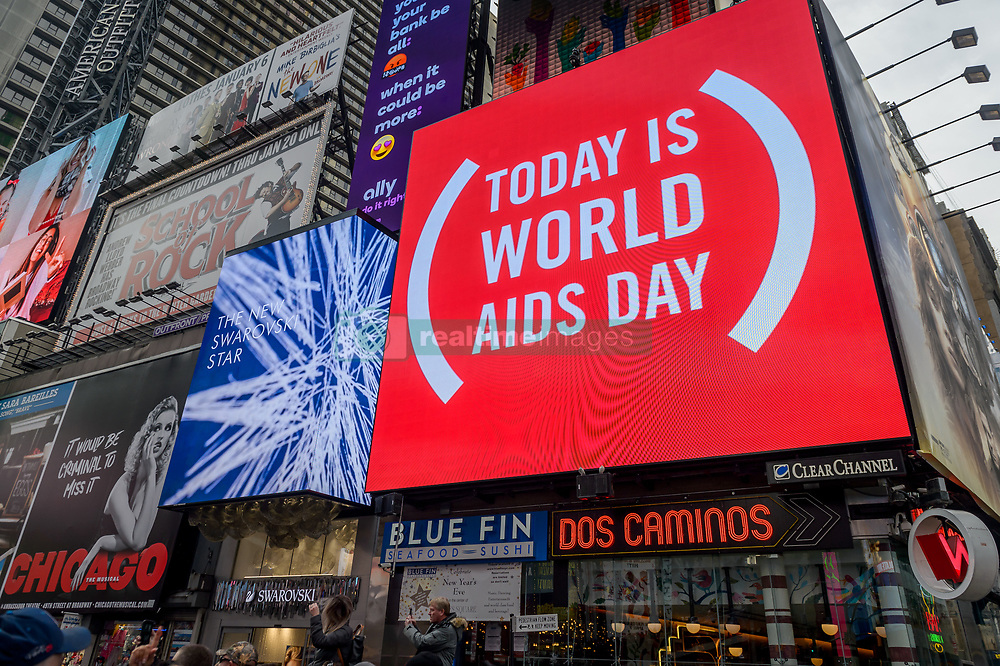