September 4, 2017 - Puerto Montt, Chile - Relatives and friends held a demonstration to commemorate the 12 years of the disappearance of the young JosÃ© Huenante at the hands of the Chilean policeJosÃ© Gerardo Huenante Huenante, a 16-year-old boy, was arrested and made to disappear by the Chilean police on September 3, 2005 in the city of Puerto Montt in southern Chile. JosÃ© disappears during the government of the ConcertaciÃ³n chaired by Ricardo Lagos. He is the second detainee disappeared in civilian governments. The body has not yet been found 12 years after his arrest and the culprits are still at large in Puerto Montt, Chile. (Credit Image: © Fernando Lavoz/NurPhoto via ZUMA Press) 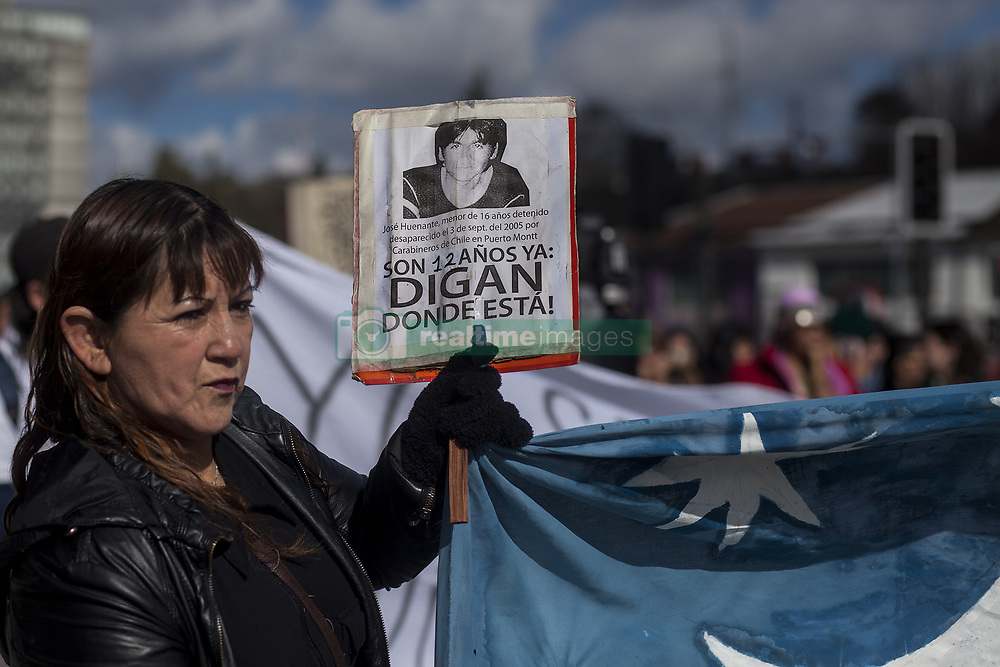