August 15, 2017 - Mugla, Turkey - August 15, 2017 - Mugla, Turkey - Saudi Prince Talal bin Abdulaziz al-Saud (C) walks on the streets of the Aegean province of Muglaâ€™s Bodrum, in Turkey, during his holiday on August 15. The prince and his family were enjoying the second day of their luxury holiday in the Turkish resort. A numbers of bodyguards accompanied the prince as he toured Bodrumâ€™s TÃ¼rkbÃ¼kÃ¼ area. Local authorities also tightened security measures in the area, with gendarmerie forces on duty on the streets used by the Saudi prince. Prince Talal later returned to the hotel which he is staying, and at noon he and his family took a special yacht from Bodrumâ€™s GÃ¶ltÃ¼rkbÃ¼kÃ¼. The ultra-luxurious yacht, named â€œKingdom 5 KR,â€ hosts a helicopter on its room. Speedboats were stationed around the yacht while Prince Talal and his family rode jet-skis. The prince and his family had arrived in Bodrum early on Aug. 14 for a holiday. (Credit Image: © Yasar Anter/Depo Photos via ZUMA Wire) 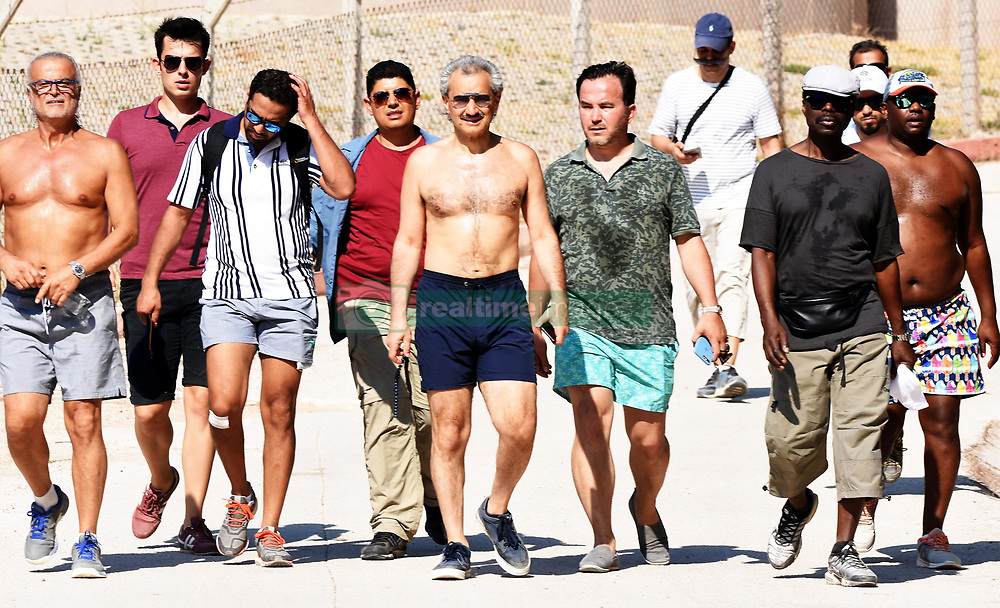