May 28, 2017 - Copenhagen, Denmark - Copenhagen Police officers have evacuated Magasin du Nord, a popular shopping centre and tourist attraction in central Copenhagen due to a bomb threat on 28 May 2017. Police dog patrols and the bomb squad are present at the scene. The city has been on high alert since the terror attack on February 15, 2015 which killed a jewish security guard and a film director. (Credit Image: © Aleksander Klug/NurPhoto via ZUMA Press) 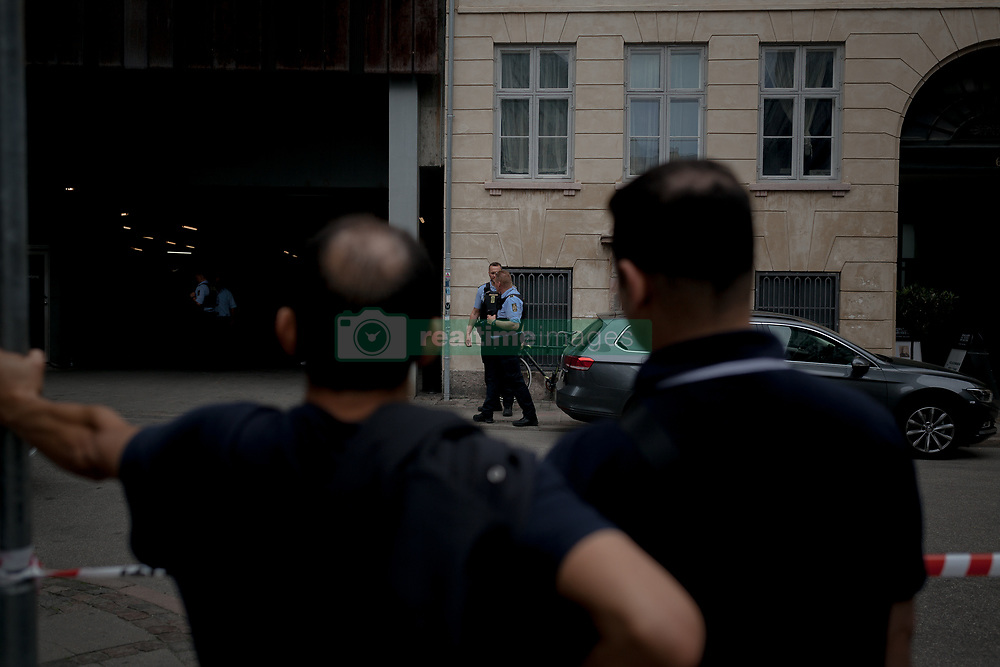