September 5, 2017 - Inconnu, inconnu - 04/09/2017 - A spy camera for the fridge promises to make sure you NEVER run out of your essentials.Designed to save time, money, energy and food waste, the Â£100 GBP / â‚¬108 Euros / $130 USD wireless FridgeCam by UK company Smarter lets owners peek inside their fridge from a smartphone.Plenty of super pricey manufacturers have begun to offer fridges with build in cameras.But this is a fantastic way to make an ordinary, low-tech fridge work like a smart one at a fraction of the cost.Each time the fridge door is opened the FridgeCam automatically takes a snapshot of what's inside - sending it straight to a designated smartphone.It also uses object recognition to keep track of all food items, by sending an alert when they're about to expire.It will let people avoid making trips to the local grocery store or supermarket.It automatically adds favourite items to an in-app shopping list which will feature major supermarkets.Anyone left with an odd collection of ingredients toward the end of the week can use something called the â€œSmarter Chef â€œ feature can even make recipe suggestions based on what's in there.The first time the fridge is filled with the camera inside, the user scans the barcodes of each item.The camera will learn what each object looks like and will automatically recognise it in the future.The inspiration behind the latest innovation in the kitchen was to combat the growing problem of food waste in the home.The FridgeCam comes after it was revealed the UK throws away 7.3 million tonnes of food in a year.The FridgeCam will be in shops in October. # INSOLITE - UNE CAMERA CONTRE LE GASPILLAGE DANS VE FRIGO (Credit Image: © Visual via ZUMA Press) 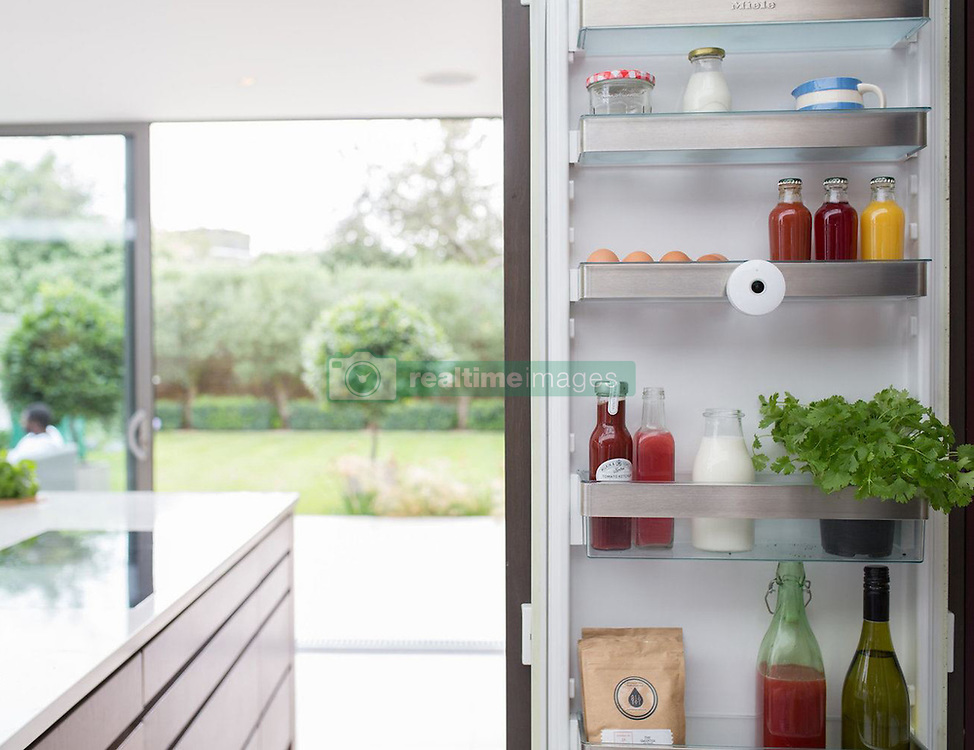