December 8, 2017 - Matatiele, Eastern Cape, South Africa - Three friends drink alcohol in the early evening outside a bar. Alcohol plays a big part of daily life at the Eastern Cape. Alcohol consumption is very normal and often explained as part of the culture. However, the alcohol consumed is no longer homemade traditional beer but strong and expensive liquor, which is enjoyed by many on a daily basis. People would often go without food for the entire day, but spend money on alcohol. (Credit Image: © Stefan Kleinowitz/ZUMA Wire) 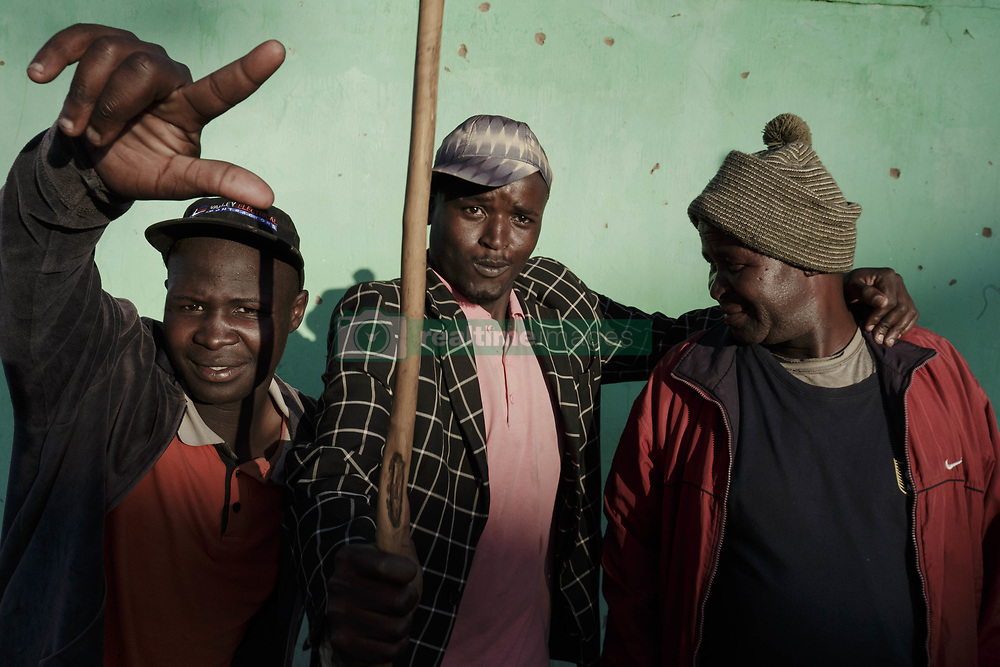