April 25, 2017 - Kathmandu, NP, Nepal - MIRA RAI, an athlete and the ultra-runner trail runner pays homage towards Earthquake victims on Second Anniversary by lighting up candles at Boudhanath Stupa, Kathmandu, Nepal on April 25, 2017. Most of monuments, old houses were badly destroyed by earthquake on April 25, 2015, a magnitude of 7.8 earthquake killing over 9,000 of people in Nepal and thousands of injured, which Outcomes Hundreds of people were homeless with entire villages across many districts of the country. (Credit Image: © Narayan Maharjan/Pacific Press via ZUMA Wire) 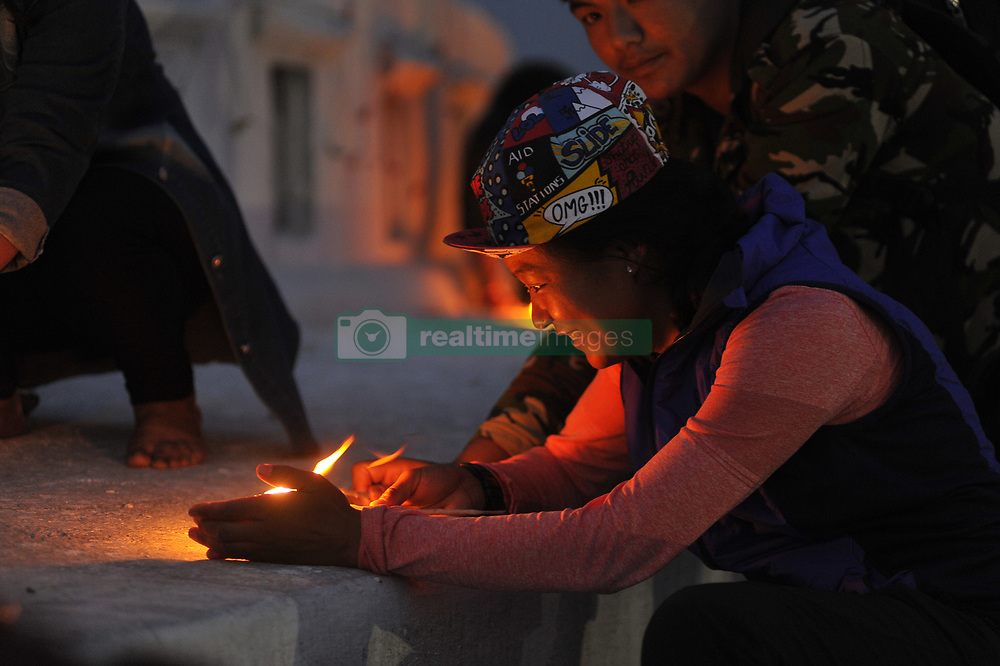