EXCLUSIVE: Daniel Radcliffe was looking worse for wear as he got into character for filming of "Escape from Pretoria" in Adelaide. Daniel was looking scruffy as he wore a very dirty business shirt tucked into his pants with a tie and grey pants with a pair of eye glasses. His co-star had a bloodied face. The filming took place at the old Adelaide Gaol which has been transformed into Pretoria prison for filming. Daniel and his co-star in the scene were shackled as they exited a white van and were met by many officers. Daniel's character had his legs shackled as well as his hands in parts of the scene. It's a far different look from the boy who was once Harry Potter. Filming will continue over the next few weeks in Adelaide. 11 Mar 2019 Pictured: Daniel Radcliffe. Photo credit: MEGA TheMegaAgency.com +1 888 505 6342 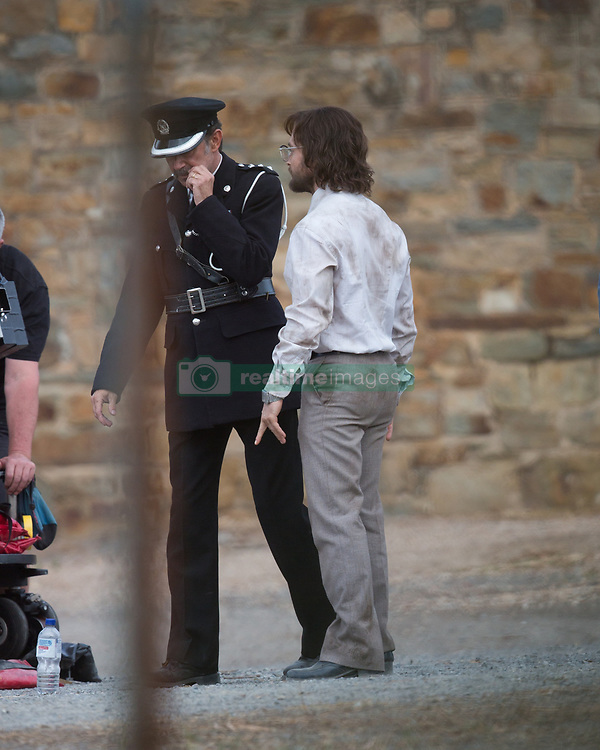