October 16, 2016 - Calais, France - ''French School Ecole d'Art'' stands in the Calais Jungle on a sign in front of a tent, in Calais, France, on October 16, 2016. The refugee camp on the coast to the English Channel is to be cleared in the next few days, according to the French government. In the camp live around the 1000 refugees and wait for the possibility to travel further through the Eurotunnel to the UK. (Credit Image: © Markus Heine/NurPhoto via ZUMA Press) 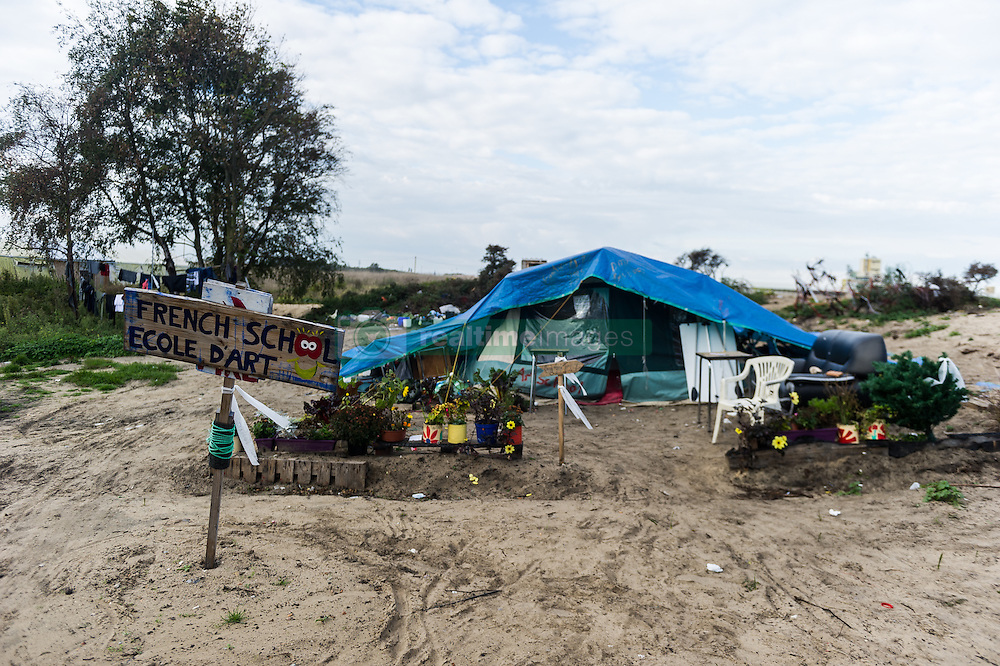