August 5, 2017 - Air Force personnel arrest KARAN BENTON during a protest against the use of unarmed intercontinental ballistic missile testing at Vandenberg Air Force Base in Lompoc, California. Benton and at least four other protestors had prior bans against the base. The base successfully launched an unarmed ICBM last week, making it the fourth this year. The protest took place a day before the 72nd anniversary of the atomic bombing of Hiroshima, Japan. (Credit Image: © Joel Angel Juarez via ZUMA Wire) 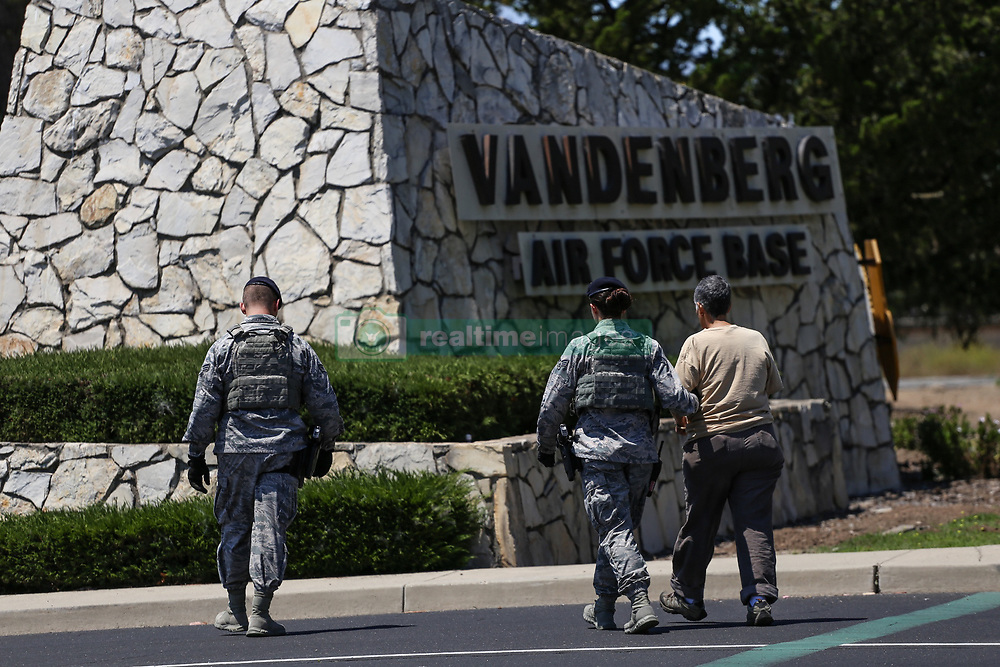