April 26, 2018 - Madrid, Spain - Thousands of people during a protest outside the Justice Ministry in Madrid on 26 April, 2018. The High Court of Navarra has given a sentence of 9 years in prison to five men for 'continued sexual abuse' instead of 'rape', which they would have recieved around 22 years in prison. The gang assaulted an 18-year-old woman in Pamplona, during the San Fermin Festival in 2016. Feminists and women's rights groups have called for demonstrations across Spain. (Credit Image: © Juan Carlos Lucas/NurPhoto via ZUMA Press) 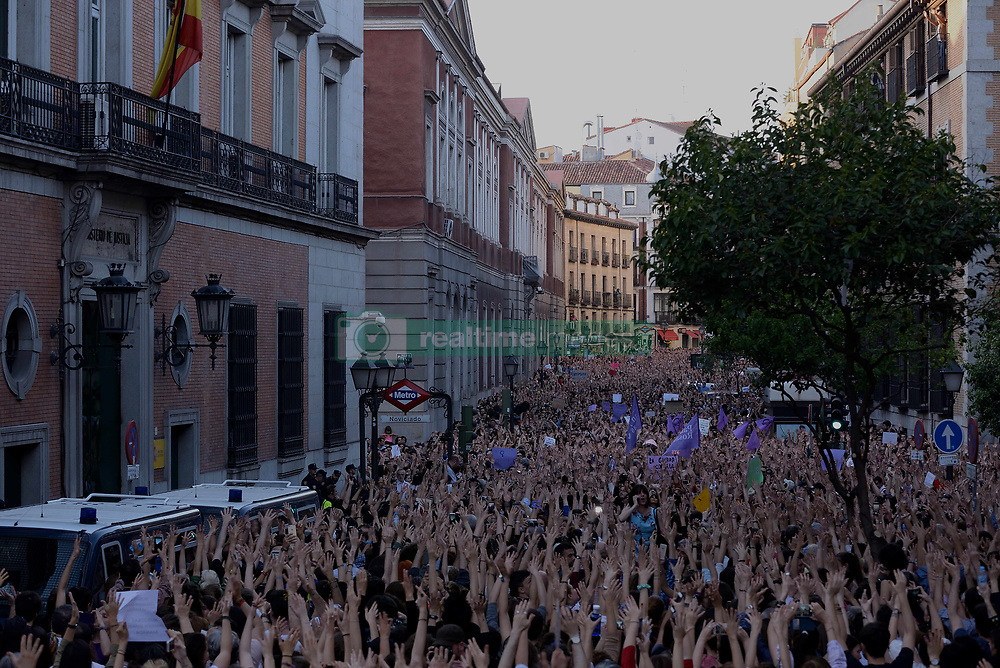