May 24, 2019 - Los Angeles, California, United States - A protester is seen during a climate change demonstration holding a placard that says 'the oceans are rising and so are we'..Students and environmental activists participate in a Climate Strike in Los Angeles, California. Organizers called on the Trump Administration to declare a state of climate emergency in order to save the planet, create a Green New Deal and transition into a zero emissions economy. (Credit Image: © Ronen Tivony/SOPA Images via ZUMA Wire) 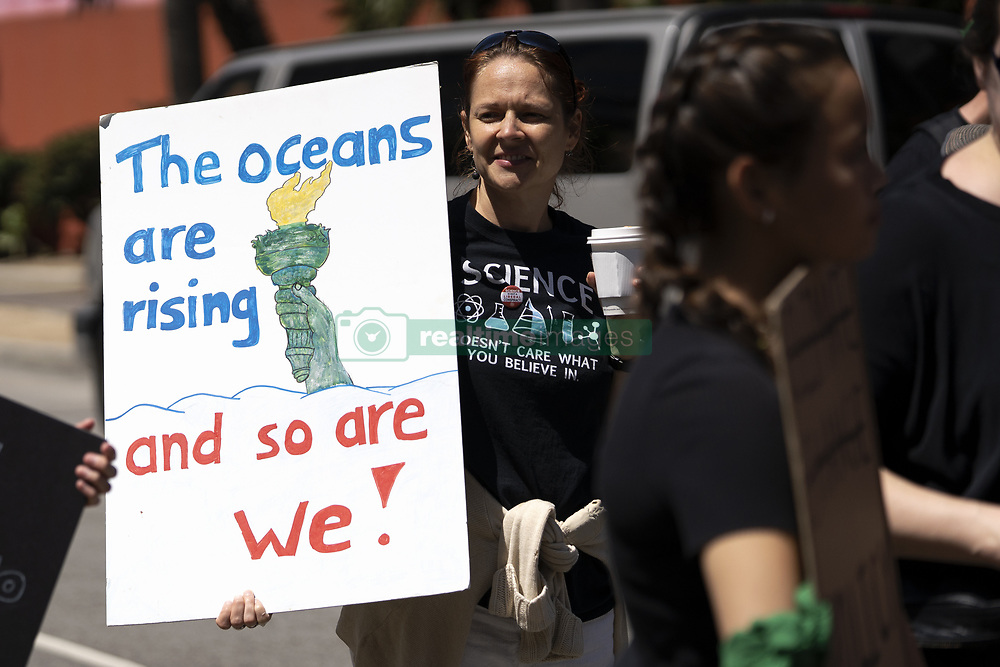