Migrants stranded on a boat, thirty miles off the Libyan coast as they are rescued by Royal Marines. PRESS ASSOCIATION Photo. Picture date: Sunday June 7, 2015. The rescued migrants were taken to the Royal Navy ship where they were searched and processed before being handed over to the Italian authorities. Britain is a country that "doesn't walk on by", David Cameron said as HMS Bulwark undertook another rescue mission off Libya. The Royal Navy warship picked up at least 500 migrants found in four boats in the seas off the north African country. Arriving at the G7 summit in Garmisch-Partenkirchen, Germany, the Prime Minister said the flagship had been deployed because the UK is a "country with a conscience". But he warned that the causes of the mass exodus from Libya must be dealt with, not just the consequences. See PA story DEFENCE Migrants. Photo credit should read: Rowan Griffiths/Daily Mirror/PA Wire 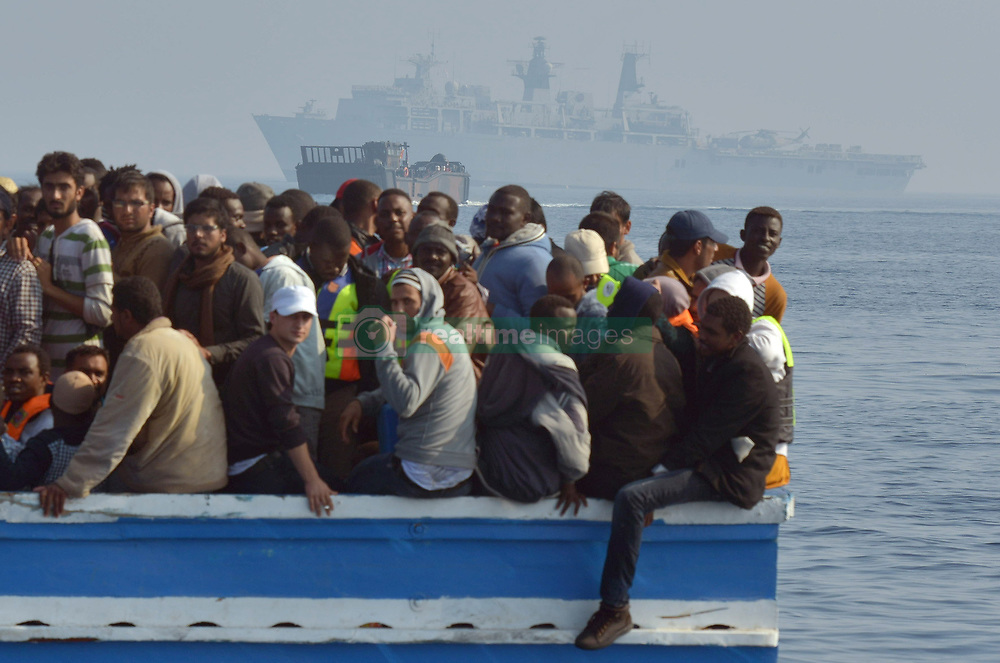