French legislative election first round is coming up

June 7, 2017 - Calvados, France - A woman passes in front of election posters with local candidates on display in front of Ducy Ste Marguerite town hall..French legislative elections are scheduled to take place on 11 and 18 June (with different dates for voters overseas) to elect the 577 members of the 15th National Assembly of the French Fifth Republic. According to the final list published by the Ministry of the Interior on 23 May, a total of 7,882 candidates are standing in the legislative elections..On Wednesday, June 7, 2017, in Ducy Ste Marguerite, Calvados, France. (Credit Image: © Artur Widak/NurPhoto via ZUMA Press) 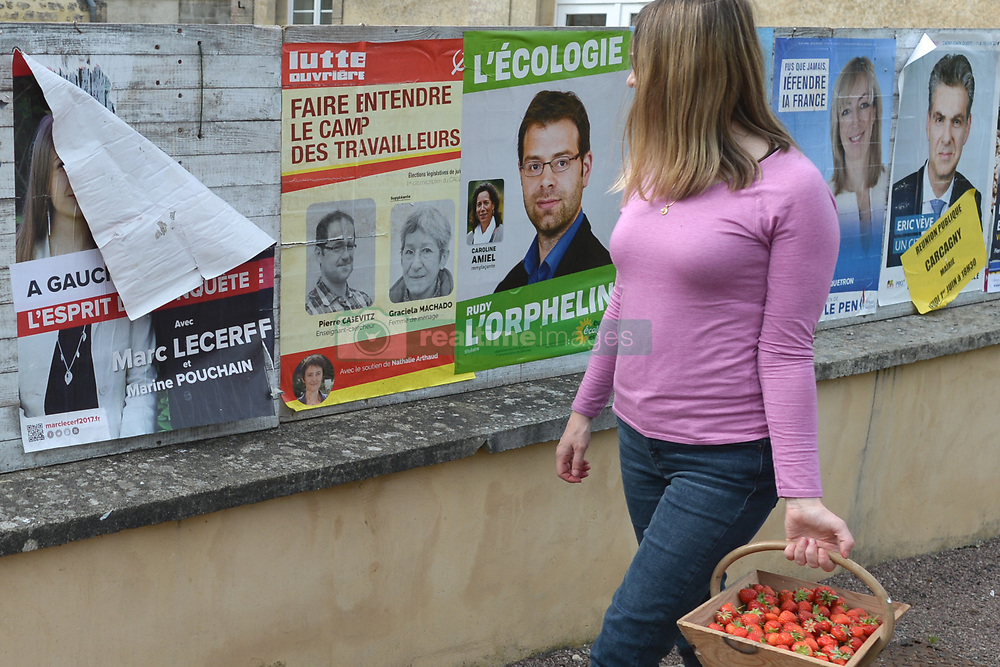